Award winning filmmaker Ian Harnarine comes back to TIFF 2018 with a new short film. Entitled Caroni, from the film's description, it's the story of "a West Indian nanny working in New York City tries new ways to connect with her young daughter at home in Trinidad." 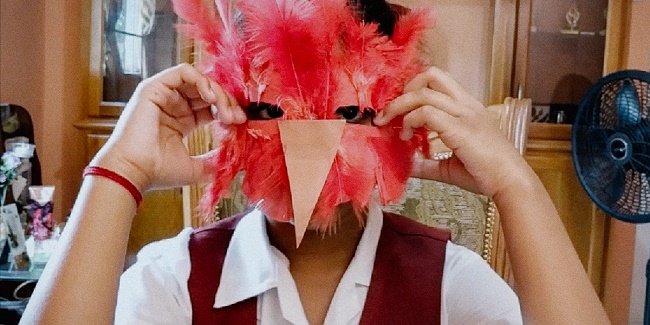 Ian left his mark on TIFF the first time in 2011, when his short film Doubles with Slight Pepper, which won the award for Best Canadian Short Film, and then went on to garner the Genie Award for Best Live Action Short Drama at the 32nd Genie Awards in 2012.

Caroni gets its message across using a poetic mode of storytelling. A brief excerpt focuses on the striking image of a vivid scarlet ibis amid greenery. The bird is common to the Caroni swamp on the west coast of Trinidad, and is one of the national birds of Trinidad and Tobago.

"There's definitely a narrative to it," Ian says, "but then it goes into magic realism."

Ian says the title of the film has multi-layered significance. "There's also a lot of importance to it historically," he explains. The area is where the old sugar plantations were located.

Born and raised in Toronto to immigrant parents from Trinidad and Tobago, Harnarine studied physics and astronomy at York University and the University of Illinois before switching to film at New York University. While there, he took classes with famed director Spike Lee, who was credited as executive producer on Doubles with Slight Pepper.

Going from Toronto, where he lived in the midst of the city's Caribbean community, to New York City, pointed up some of the differences between the way both big cities deal with their diverse populations. Toronto's Caribbean community is quite visible, and includes members who are prominent members of the city. Even though, in terms of numbers, there are undoubtedly and actually more people of Caribbean descent in NYC, Ian calls them "hidden in plain sight." They are visible in a supporting role in the Big Apple. "In upper middle class neighbourhoods, you see white babies being pushed by black women."

It was shining a spotlight on that overlooked role that led Ian to conceiving Caroni. "I always remember the families left behind," he says. "It's really interesting. I've lived in New York City for 13 years, but New York, for all its diversity, is still a very segregated city." In Toronto, as he points out, ethnic groups may have a concentration in some areas, but are also spread out through the city and even to the suburbs.

In his goal of telling a story that was unseen by the public eye, he also included faces of NYC that filmgoers may not recognize. "I tried to film the movie in locations that aren't normally seen," he says.

In the end, it's a story about the politics of immigration, and what it means on a human level. "I'm more interested in the emotional response," he says. As he points out, a film about homesickness should find an appropriate home in Toronto, a city where so many of its residents will share the sentiment.