At the World Premiere of Farming at the Toronto International Film Festival, actor turned director Adewale Akinnuoye-Agbaje confessed that it had taken him 14 years to bring the story - his own life story - to the screen. In its unflinching portrayal of a life marred by racial and cultural dislocation and a loss of identity, we can only be glad that he persevered. 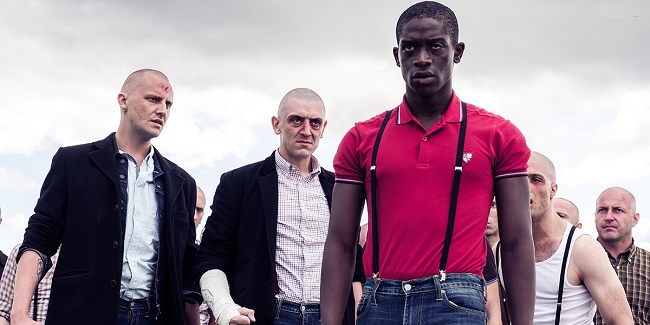 Farming, the movie, isn't the pastoral tale you are probably imagining. The term, incredibly, refers to the practice of Nigerian parents fostering their children to white British parents - a practice that was fairly common in the 1960s. With the best intentions of providing a better life for their kids than they could as struggling immigrants, those children were thrown into a society that looked down on its colonial roots, with often tragic results. 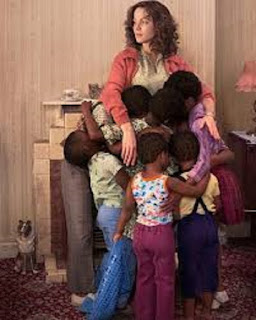 In the movie, Adewale plays his own father, Femi, with Nollywood star Genevieve Nnaji taking the role of his mother Tolu. The pair, studying to become lawyers in Britain, can't provide for their son, and feel they are making a positive move. They also pay for the privilege, sending money to the foster mother regularly for the boy's care.

Adewale, called Enitan in the movie, and played with a rich intensity by young actor Damson Idris, is sent to live with a working class family who already fosters a gang of Nigerian kids. Kate Beckinsale plays against type as the distinctly unglamourous and working class Ingrid Carpenter. She does have something of a soft spot for the kids, but thinks nothing of getting them all to make fun of their African heritage, or lashing out at them when she's in a bad mood. She's also the first one to teach young Enitan how to get by on the wrong side of the law.

"You've got to do better if you want to be Mummy's favourite," she admonishes when he's caught stealing a necklace.


An odd and dreamy child, he's rebuffed by Ingrid, and increasingly terrorized by racist gangs who roam the streets, seemingly unchecked by police or anyone else. Once his parents graduate, they bring him to Nigeria, where he doesn't fit in at all. He quickly gets into trouble at school, and is promptly shipped back to Ingrid's home.

Enitan is a talented artist, something that is recognized by a friendly teacher at school, played by Gugu Mbatha-Raw. "My imagination's my only friend," he tells her.

But, in the end, when there is no one to protect him from the constant abuse and humiliation, what can he do...except join the abusers? Horrifyingly, he becomes part of the racist skinhead gang led by Levi. John Dalgiesh does a wonderful job of portraying the sickeningly sociopathic gang leader. Trouble is, Enitan begins to participate in their nightly devilry, including beating up on other Blacks.

Damson Idris' strong performance embodies Enitan's rage and pain, resulting in a corrosive self-loathing that subverts it into pure aggression. It makes for some squirmy moments watching, but at least, in this case, we already know there's a happy ending to the story.
Actor turned director Adewale Akinnuoye-Agbaje (The Bourne Identity, Get Rich or Die Tryin’, Killer Elite, Suicide Squad, among others,) also wrote the screenplay and acts as executive producer of the project. He is a recognized face to anyone who's watched action movies over the last decade or so. What most people probably don't know, however, is that the accomplished actor with a law degree started out in life very differently.

Like Enitan in the movie, Adewale graduated from King's College London with a master's degree in law, and he even patched up his relationship with Ingrid and her husband. Once in a while, the system works, it seems.

On this side of the Atlantic, we hear a lot about the North American Black experience. Farming sheds a harsh light on the Black British experience, one with its own set of horrors and peculiarities.

Lionsgate UK acquired the UK rights to the film with HanWay Films, meaning you should be able to catch it on a silver screen near you around the world soon.