• Stream it on Spotify
• Buy it on CDBaby

Geoff Gibbons takes folk music back to its roots in this EP, not only when it comes to musical style, but in lyrics that talk about everyday human realities. In this case, that focus turns to the realities of war on a human scale, and a tribute to that sacrifice on the eve of Rembrance Day. 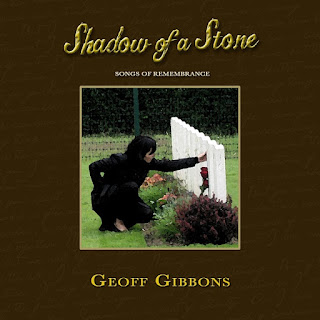 Shadow of a Stone plays an almost military style rhythm against a softer guitar line and soulful vocals. It evokes the wide prairies and a mournful mood while the lyrics are an elegy to the fallen soldier.

Never laid down my life for something I believed
But here, I believe in the world you left to me.

He adds a twangy guitar solo, and it adds to the effect.

Please Remember Me is a classic traditional folk tune with a Celtic infusion of accordion, and an upbeat rhythm. It tells the timeless story of a soldier going off to war, and leaving his loved one behind.

Soldier Soldier finds him in a grittier examination of the realities of the common soldier, stripped of sentimentality.

Nobody cares what you paid,
What you lost,
Or what you saved...

A moody violin line contrasts the elegant finger picking guitar line. It's a stand out track. The Other Side tackles the soldier's struggle to reconcile his conscience with his deeds in war. A lovely thick three-part harmony chorus and twangy banjo blend with a relentless rhythm.

A native of Vancouver, British Columbia, Geoff is a musician, producer-engineer, and composer whose work has been on including Higher Ground, Just Cause and Robson Arms plus animation: Mook and the adult comedy series The Mr. Dink Show - winner of the jury prize for Best Animation at the New York International Film Festival.

In his 20s, he earned experience playing the tourist circuit on Australia's Gold Coast, before returning to Canada to form the duo Silverlode, opening up for acts like Emmylou Harris, the McGarrigle Sisters, David Crosby, and Levon Helm and Rick Danko of The Band. 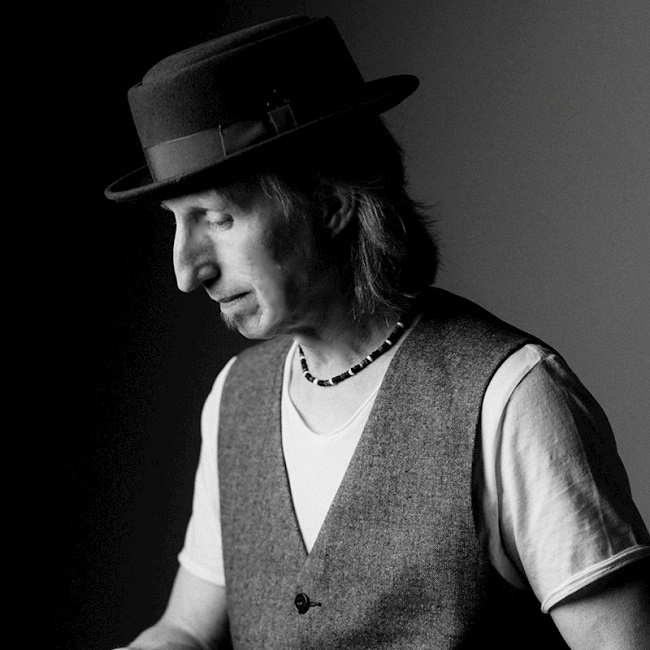 Geoff Gibbons offers an inventive take on acoustic roots folk that tells a universal story of soldiers at war that resonates as much today as in - sadly - any other era of human history.

This Tribute EP "Shadow of a Stone - Songs of Remembrance" can be heard on Spotify and purchased at I-Tunes or CD Baby All Download/sales proceeds going to the Wounded Warriors Project. Thank-you for supporting."