• Stream the lead single on Spotify 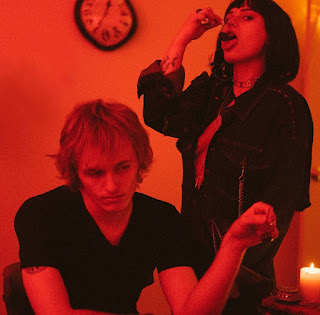 He's got a nice flair for piano pop with memorable hooks. Heist is a love song that throws a criminal streak into the usual cute-meet sentiments, with plenty of changes to keep it musically interesting. He brings out the Hammond organ for Just A Face, and a more sombre tone.

Damon's vocals work best with a relatable lower end that does the storyteller lyrics of songs like License Plate justice. With fiddles and songs about love lost, it's a touch of country on the release.

Salo hits a nice groove between the hypnotic beat and the kinetic vocal line. They lyrics are both poetic and observant.

You tear your dress but never put up a fight
Another dollar in the bank for a lonely night
I say, it's all right...

The World In Her Eyes is a highlight of the release, a throwback to those mid-century days of orchestral pop, with horns and jazzy chord changes. Elise is the first single off the release, available now, with a retro rock-pop groove that showcases his thoughtful lyrics.

The production on the EP is nicely clear and understated, with a lot of musical layers. The one fly in the ointment is that his vocals don't quite match the quality of the musicianship on offer, with a raspy edge that could use a little more sensitivity on this kind of material. 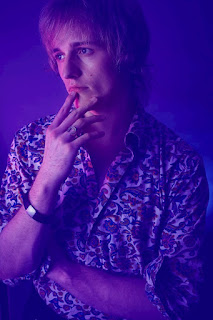 Damon recently appeared on stage as a guest guitarist/vocalist with America on their timeless hit, "Horse With No Name." He's got a lot of help on the release, including notable guest artists like Charlie McCoy (Bob Dylan, Simon & Garfunkel), and Tris Imboden (Chicago, Kenny Loggins).

It's an enjoyable release if you love classic, melodic pop music - the album drops March 2, 2019.

The lead single Elise is out now: