Toronto, ON – Japan’s internationally acclaimed drumming phenomenon Kodo makes their highly anticipated return to the Toronto stage with One Earth Tour: Evolution, March 21, 2019 at Sony Centre for the Performing Arts. Directed by legendary Kabuki performer and Kodo Artistic Director Tamasaburo Bando, One Earth Tour: Evolution marks the 35th anniversary of the renowned drumming ensemble, and the final production with Bando at the helm. The thrilling program forges a new direction for this vibrant living art form, placing Kodo’s signature work alongside audience favourites from their latest core repertoire and new compositions specially created for this production.

The result is a rousing whirl of energy that promises to drive the company’s next generation to new heights of creative expression. 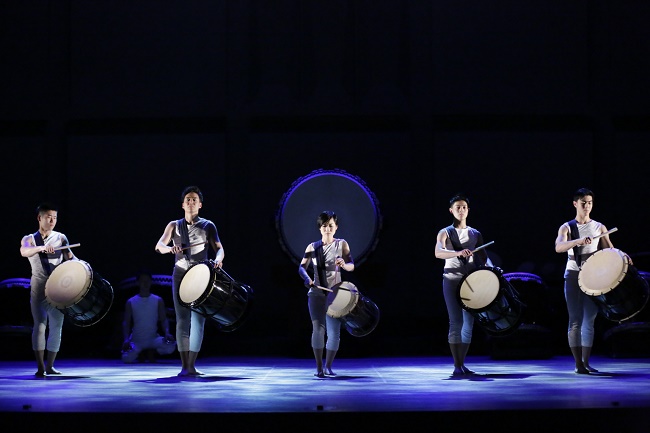 Having premiered One Earth Tour: Evolution in August 2016 in Tokyo, to commemorate the company’s 35th anniversary, the production represents the culmination of Kodo’s ever-evolving artistic journey, which boldly displays the future of taiko on stage. It is the latest iteration of their more than three-decade long One Earth Tour, which embodies Kodo’s desire to transcend language and cultural boundaries and remind audiences of the universal bond we share as human beings. The program integrates well-known works from their immense repertoire such as O-daiko and Monochrome, which have become synonymous with Kodo over the years, alongside the presentation of more recent work such as Kusa-wake and Colour. New pieces including the intricate and uplifting Ayaori and the climactic Rasen will be performed for the first time in North America as part of this all-encompassing production. Rasen, which means spiral, closes the performance with a helix of sound and spirit that connects Kodo’s history to its present, while driving the ensemble headlong into the future. 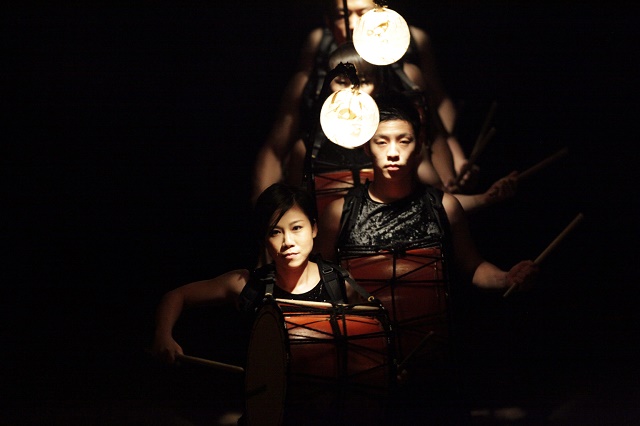 In Japanese, the word “Kodo” holds a double meaning. It can be translated as both “heartbeat,” the primal source of all rhythm, and “children of the drum,” reflecting the group’s desire to play the drums with the simple heart of a child. Since their debut 1981, Kodo has given more than 6,000 performances in 50 countries on five continents under the banner One Earth Tour. Praised for their “primal power and bravura beauty” (Chicago Tribune), they have gained recognition the world over as a group dedicated to the preservation and re-interpretation of traditional Japanese performing arts, especially taiko drumming. 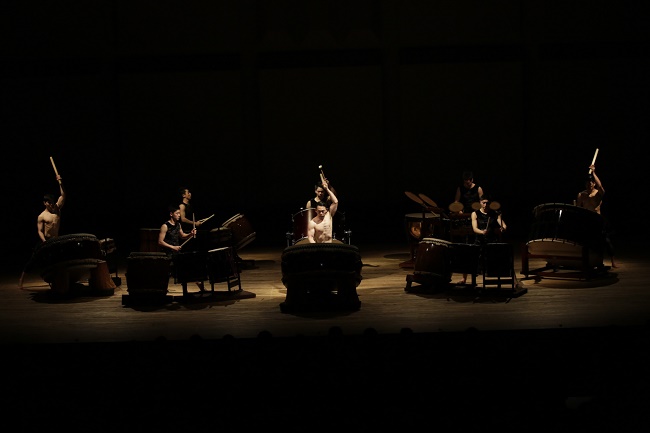 The company’s 30 performing members, including 22 men, eight women, and five junior members, ranging in age from 21 to 64, perform with traditional taiko drums made from wood and animal hide, as well as fue (bamboo flute) shamisen (Japanese banjo), koto (harp) and narimono (metal percussion instruments), along with dance and vocals. Since 1971, Kodo has made their home on the idyllic Sado Island situated off Japan’s eastern coast.