"Marc is one of our oldest friends and collaborators so it was only natural to feature his music on our first official album. We were especially excited to record 'Smoke', which was commissioned and premiered by NMD." 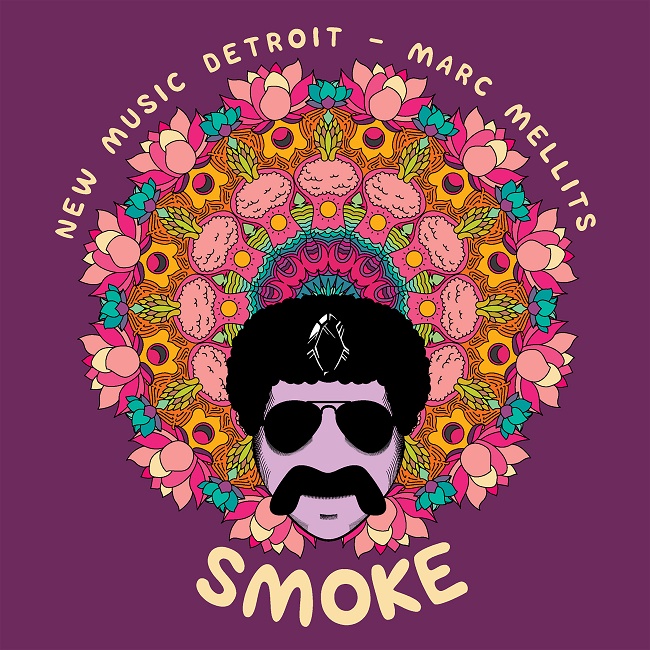 It's fresh and exciting music. Three of the compositions have never been recorded before, and in NMD, Mellits has found a good home for his idiosyncratic compositions.

In Smoke, the results are eclectic and compelling, a mix of good old Detroit groove with sophisticated rhythms and melodic patterns, fleshed out with energy and a sense of abandon to the music. The instrumentation reflects the musics multi-genre roots. Smoke is performed on saxophone, guitar, marimba, and percussion, with some sections as driving as any radio-friendly song, only to veer into unexpected harmonic territory. The final movement breaks out a growly guitar rock vibe, layered over with patterns played on the marimba and syncopated percussion.

The name of the movements in Red tell you what to expect: I. moderately funky; II. fast, aggressive, vicious...and so on. In a piece written for two marimbas, Mellits extracts a surprising range of moods and modes out of the limited instrumentation. The effect is hypnotic.

String Quartet No. 3, Tapas, is carried by a strong rhythmic pulse. Mellits layers melody and rhythm, using the harmonic structure for momentum. Over eight short movements, the piece has a satisfying sense of emotional depth. It is perhaps the most conventionally classical piece in the European tradition on the release.

Prime, written for bass clarinet, baritone sax, two percussionists, and piano, is full of drama and jumpy energy. It has the brash drive of a jazz jam, albeit with an exacting precision, and eccentric touches like the marimba rhythms that pop out underneath the melody.

New Music Detroit, founded in 2006, is a collective of musicians dedicated to performing groundbreaking musical works from the late-20th century to the present day. A highly flexible ensemble with a cast of core members and prominent guest artists, NMD performs new and adventurous classical music in a wide variety of settings, for a wide variety of people.

Composer Marc Mellits is one of the leading American composers of his generation, enjoying hundreds of performances throughout the world every year, making him one of the most performed living composers in the United States. From Carnegie Hall and the Kennedy Center, to prestigious music festivals in Europe and the US, Mellits’ music is a popular mainstay on programs throughout the world.