Toronto's Jazz Bistro was packed with a noisy crowd for the CD release part of vocalist Kalya Ramu's Living in a Dream. The 25-year old Toronto based singer was backed up by a capable band, including Ian Wright on drums, and Ewan Farncombe on piano, with special mention to the nimble fingers of Connor Walsh on the upright bass, and Jacob Gorzhaltsan's stellar sax and clarinet chops. 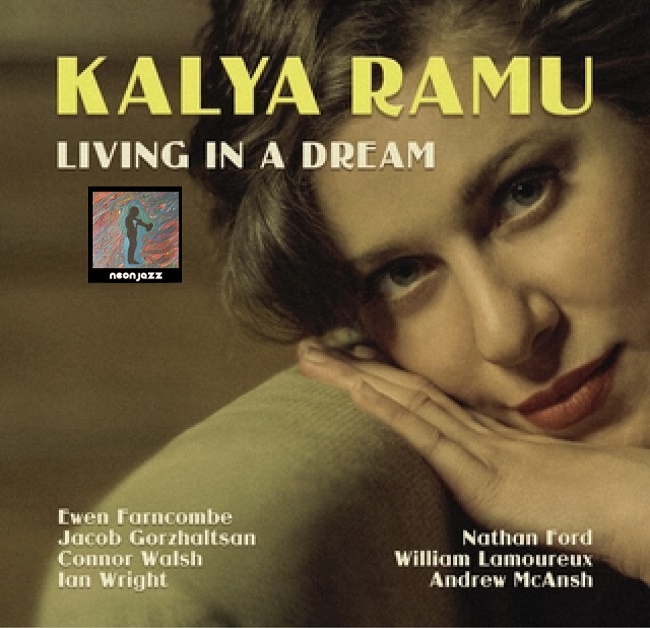 Kalya has a pure and fluid soprano that is perfectly suited for the classic golden age jazz songs and vocal style she favours. She includes a nice selection of lesser known vintage tunes along with classics like Tea for Two and It's A Good Day, and original compositions on the release. Her original songs have the same musical flavour, with the addition of lyrics with a more contemporary flavour.

She Drinks Alone - an original song


Influenced by the greats like Ella Fitzgerald and Sarah Vaughan, Ramu has the technical facility to pull off an effortless (sounding) interpretation of Tin Pan Alley style. She ably covers songs like Nat King Cole's Just You, Just Me, and Four or Five Times, a song by Byron Gay and Marco H. Hellman that was published in 1927. She has an impressive facility in the upper register and a warm tone that will please aficionados of classic jazz vocal style.