• Stream It On Spotify

Inventive song writing and unusual arrangements combine with an eclectic musical sensibility in this intriguing EP release from Patrick Ames. 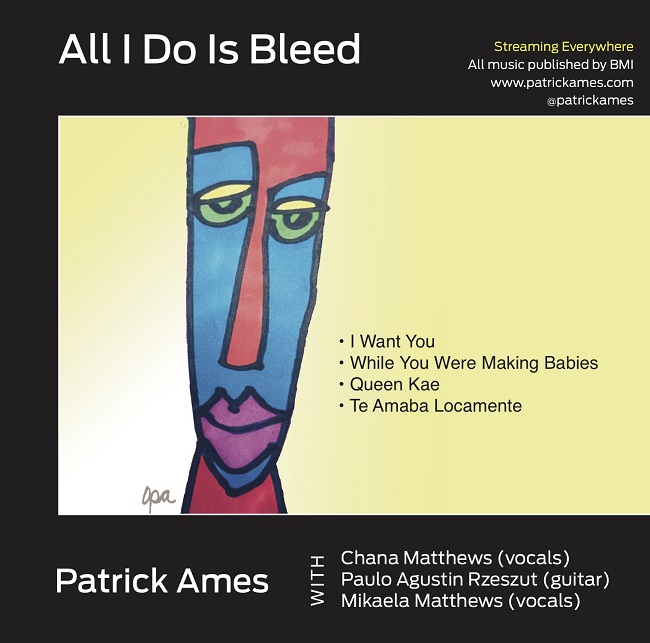 The EPs four songs offer wildly different aspects of his music. I Want You combines his urgent, quasi-spoken word delivery with sweet vocal harmonies over a compelling, minimalist groove. He adds a nimble acoustic guitar line over it all in an unusually beautiful mash-up.

Lyrically, he covers familiar terrain of love and loss with a fresh eye and a quirky take.

While you were making babies,
I saw on the sofa, all by myself...

While You Were Making Babies is a bouncy pop song about regrets in life, in contrast to the moody and atmospheric Queen Kae, or the Latin-infused Ti Amaba Locamente.

In his early 60s, Ames shares his stage with vocalists Chana and Mikaela, along with Argentinian guitarist Paulo Augustin Rzeszut. Ames began writing songs in 1968 when he was 14 years old. He inherited a guitar and dozens of classic albums from his older brothers who went off to college, but eventually dropped out of the music scene. 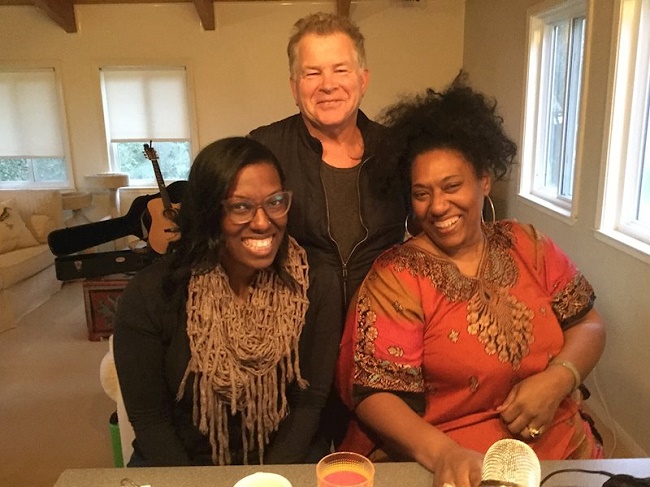 Now, in his early 60s, Ames has returned to songwriting armed with decades of wordsmithing, book publishing, and decades of practice. Ames performs regularly at small venues around the San Francisco Bay Area.

Track List:
1. I Want You
2. While You Were Making Babies
3. Queen Kae
4. Te Amaba Locamente

Studio takes from making the album: