From Rome With Love - Jazz with a Mediterranean Flavour: The Erodoto Project

From Rome With Love - Jazz with a Mediterranean Flavour
The Erodoto Project
Lands, Men & Gods (2017)
Molòn Labè: Come and Get Them! (2018)
on the Cultural Bridge Indie Label

If you like your jazz global, with a side order of Mediterranean cool, then let me introduce you to the Erodoto Project, based in Rome, Italy. They've got two releases under their belt, with another one in the works.

Erodoto Project was born in 2016 thanks to the meeting of Bob Salmieri and Alessandro de Angelis. The two musicians began a collaboration that resulted in their first CD - Stories, Lands, Men & Gods (Cultural Bridge 2017) - not long after. The group debuted the work at the Auditorium Parco della Musica in Rome. In the fall of 2018, they released the follow up, Molòn Labè (come and get them!)

The repertoire is composed of original pieces, and songs of the Mediterranean popular tradition, revisited in their personal style, which have as their theme journeys and migration. Songs like "Amara terra mia" made famous by Domenico Modugno or the poignant "Ti nni vai" by Rosa Balistreri gain a contemporary flavour, and find new protagonists in the migrants that cross the Mediterranean in our time as witnesses of the infinite epic of migrating.

Their Jazz is the plot in which threads of Myths of the Mediterranean, the Middle East and Sicily are interwoven.

Erodoto - Herodotus - is considered the first "chronicler" in history, a true reporter of the ancient world, thanks to his curiosity in trying to understand the civilized world and that of which little or nothing was known, considered "barbarian" in his time. This curiosity led him to travel and see with his own eyes what was happening in the world and gather concrete testimonies of those places where he could not travel in person. His stories, his chronicles of war, have spanned the centuries and have come down to us along with curiosities about the peoples encountered during his travels. 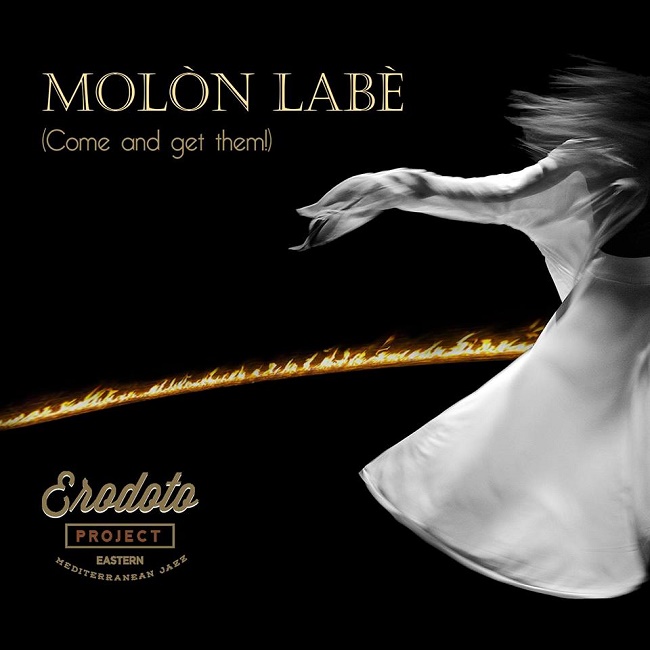 Erodoto Project is currently previewing material for Gods of Sicily, a new collection of original songs signed by Bob Salmieri and Alessandro De Angelis, which closes the trilogy of releases begun in 2017.

The songs, like the previous ones, take their inspiration from the great classic tradition of the Mediterranean, to tell the great epic of the people who cross its routes - in particular, to the events of the Mediterranean Pearl, Sicily, always the port of landing and meeting point for all peoples of the sea nostrum.