• Tickets from $20 available at: citadelcie.com/tickets

TORONTO, ON — Citadel + Compagnie proudly presents the hotly anticipated return of Against Nature, May 22–25 and May 29–June 1, 2019 at the Citadel: Ross Centre for Dance. Choreographed and directed by Citadel + Compagnie’s Resident Choreographer James Kudelka, this multi-disciplinary work is a unique dance-opera-theatre hybrid that adapts French-Dutch author Joris-Karl Huysman’s 1884 novel of bourgeois excess, À Rebours (Against Nature). This powerful work is replete with rich visuals, fluid choreography that supports and strengthens the story, and a nuanced score that is hauntingly mysterious. 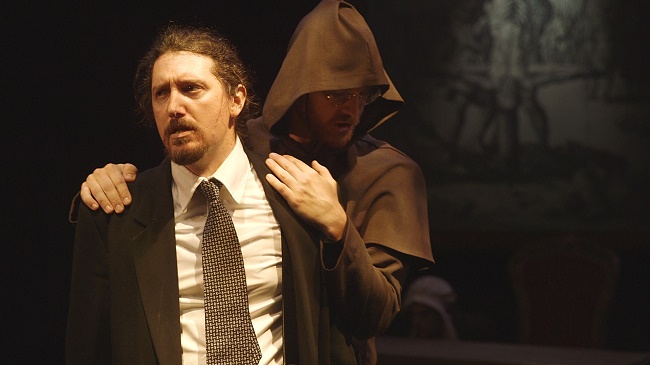 All disciplines beautifully combine to explore the nature of time and the challenges of love, beauty, and truth that reflects and refracts life itself.

“I’m thrilled to present the second part of a trilogy of James Kudelka’s salon-style dance/opera/theatre works that commenced with our 2013 production of From the House of Mirth,” says Citadel + Compagnie’s Artistic Director Laurence Lemieux. “I have a profound appreciation for James’s creative talent and it is always a uniquely fascinating process to return to a work we presented years earlier, discovering new colours, dynamics, and energies that only reveal themselves through time and renewed exploration. Against Nature can’t be quantified or pinned down, it is a striking mix of genres that takes its lead from an allegedly “poisonous French novel” from which Oscar Wilde and numerous other literary luminaries of the 20th century were equally appalled by and inspired with.”

Against Nature revolves around Jean des Esseintes, played by Alexander Dobson, an aristocrat who exiles himself to the countryside and surrounds himself amongst his literature, art, and the memories of his once sensuous lifestyle. Des Esseintes becomes increasingly reclusive as his disenchantment with the 18th century bourgeoisie class grows day-by-day. Curious household staff, performed by Citadel + Compagnie Artistic Director and dancer Laurence Lemieux and baritone Korin Thomas-Smith, witness and then ultimately participate in des Esseintes’ tragic downfall. 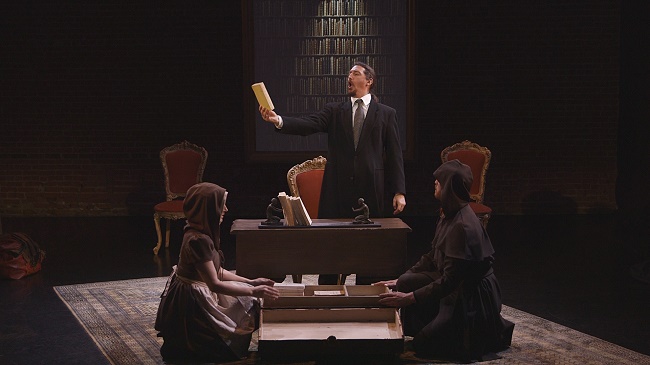 Ontario-native Kudelka is among today’s most versatile and innovative choreographers. He began choreographing while training at Canada’s National Ballet School, and continued throughout his dancing years with The National Ballet of Canada (1972-1981) and Les Grands Ballets Canadiens (1981-1990). He is renowned for distinctive versions of such classics as The Nutcracker, Swan Lake, and Cinderella, all signature works of the National Ballet of Canada where he served as Artistic Director (1996-2005). He has choreographed for many of the world’s leading ballet companies, as well as for smaller contemporary troupes for whom he excels in making smaller-scaled dances that are outwardly abstract yet rich in psychological implication and human drama.

In 2008, Kudelka became Citadel + Compagnie’s Resident Choreographer and has created several works for the company, including From the House of Mirth, Against Nature and a remount of The Man in Black. An artist known for his distinctly Canadian sensibility, he was appointed an Officer of the Order of Canada in 2005. 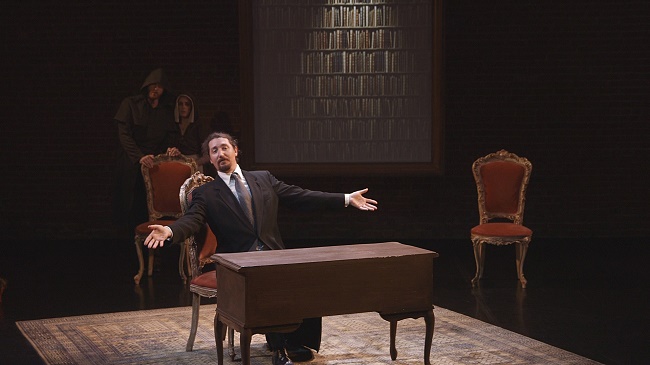 Toronto composer Rolfe has performed in Canada and abroad, and has been commissioned by soloists, ensembles, orchestras, choirs, theatres, and opera companies. He has received a Guggenheim Fellowship, the K. M. Hunter Music Award, and the Jules Léger Prize for New Chamber Music. The Canadian Opera Company, Queen of Puddings Music Theatre Company, Tapestry New Opera, and Toronto Masque Theatre have commissioned and produced his operas. His recent new version of Gogol's The Overcoat, created with writer Morris Panych, premiered in 2018 to critical acclaim.

Librettist Poch-Goldin was born and raised in Montreal. He has worked on stages across the country, and extensively in film, television, and radio. As a dramaturg, director, actor and writer, Poch-Goldin has worked with some of the finest writers in Canada. His work as an opera librettist includes The Shadow (Tapestry New Opera), and James Kudelka’s first opera-dance-theatre hybrid, From the House of Mirth.
dance multi-disciplinary performance opera theatre toronto dance scene