On July 7th, 2019, the parking lot of Lynx music in Toronto’s central west-end will be transformed into a massive BLOCK PARTY!

Imagined and produced by a collective of local artists and presenters who have joined together to host a festival that brings old school flavour to a new school location! The day-into-night event highlights Toronto's “mixed” nature through regional and international programming that spans across the festival, from the musical talent to the food vendors. 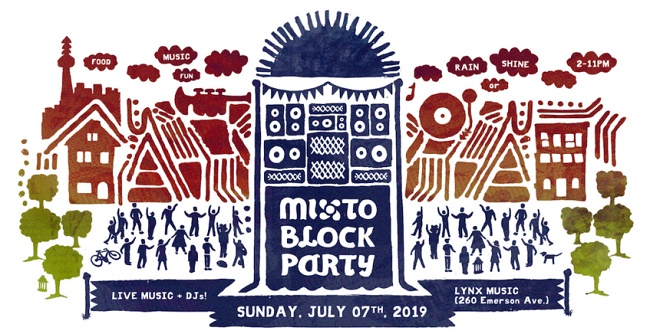 WHERE: The parking lot at Lynx Music, 260 Emerson Avenue, Toronto 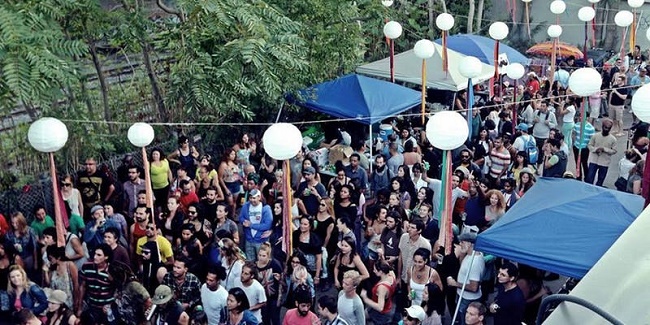 ABOUT UMA NOTA CULTURE:
Uma Nota is a reference point for world citizens and lovers of music and culture. It is a unique event series focusing on Afro-Brazilian, Latin, Caribbean, funk and soul music provided by both live acts and DJs. Unpretentious, open-minded, lively and fun, Uma Nota is a place where people come together to dance, united by a polyrhythmic, tropical vibe. Alongside the music, our events have included a wide range of cultural activities and programs. These elements might include interactive workshops in dance or percussion; family-friendly programs; film screenings; custom-made video projections, stage design and thematic decor; vivid parades; dance performances; ping-pong; live painting; cultural talks and panels; visual arts markets and food vendors; art and photo exhibitions and more.