Shakespeare and flowers in a country manor...
19th Century Lithuanian Manor to Host Biggest Flower Festival of its Kind in Europe
July 24 to October 2019

July 24, Vilnius, Lithuania. The largest historical estate in Lithuania, Pakruojis Manor, is organizing the first-ever flower sculpture festival in the country, featuring half a million blossoming plants and lasting for 3 months 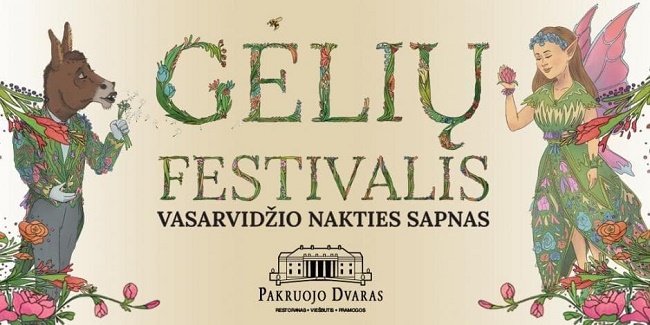 The largest restored historical estate in Lithuania, the 19th century Pakruojis Manor, is known for hosting many interactive historical events, where guests become participants of living history happening right in front of their eyes. This summer, the manor is inviting for the first-ever Flower Festival in the country.

The festival is called Midsummer Night’s Dream, and runs from the end of June to the beginning of October. The manor’s grounds are covered with flower carpets, various floral compositions, and sculptures made of half a million blossoming plants. The event includes engaging activities and intends to be the biggest flower sculpture festival in Europe. 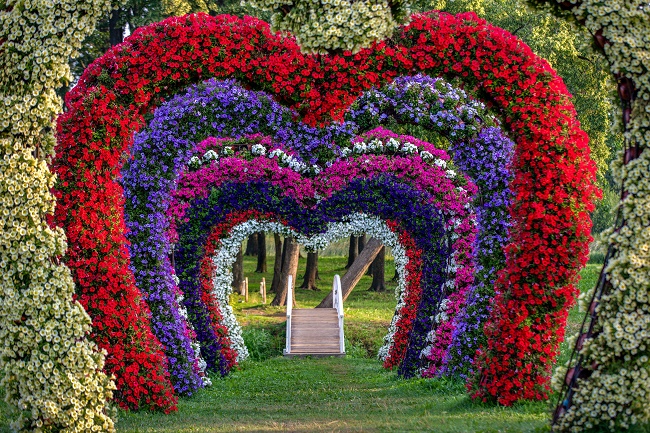 “Our goal is to employ the festival’s scale and diverse activities to bring people together. We want to share the unique cultural and historical experience of Lithuanian manor life with visitors from Lithuania and all around the world,” says Giedrius Klimavicius, the owner of Pakruojis Manor.

Over the three past weekends, the Flower Festival has already attracted 30,000 visitors. By the beginning of October, organizers expect to reach up to 200,000 guests in total.

Walking around the well-kept lawns of the estate, visitors find sculptures ranging from two to six meters in height. Combined with modern blooming installations, the sculptures bring characters from various tales to life, creating a mysterious set. 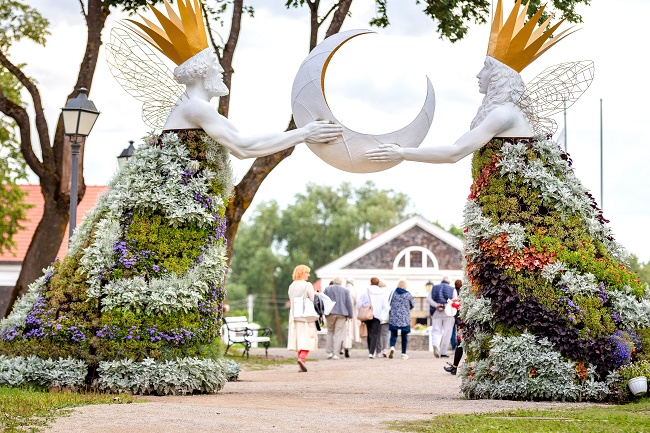 The theme of the Flower Festival was inspired by William Shakespeare's romantic comedy Midsummer Night's Dream, and its focus on the wedding matches the romantic scenery of the 19th century manor.

On weekends, Flower Festival guests are welcome to join the performers from Šiauliai and Panevežys Drama Theaters and participate in live interpretations of scenes from Shakespeare's play.

“One of the reasons why we chose William Shakespeare is that the art movements of the past, including the Renaissance, influenced the 19th-century architecture of Lithuanian manors. This theme gives the festival a touch of literature, culture and history, and it’s the depth which we believe sets it apart from the other similar events,” explains Mr. Klimavicius. 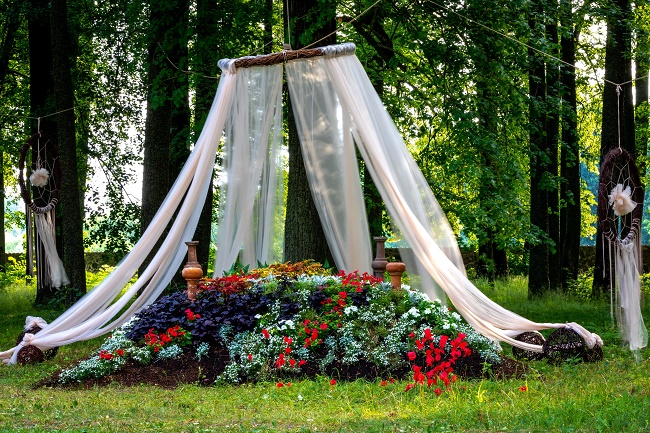 All the artworks were designed by the sculptors Martynas Gauba and Donatas Mockus, florists Jolita Šimelioniene and Mindaugas Šimelionis, and 21 other nationally renowned artists.

The festival experience, however, does not end with the flower sculptures and theatrical performances happening all around the estate. Several restaurants offer authentic regional dishes decorated with edible flowers, such as beetroot salad, special potato pancake Bumbulu, and chicken cooked with beer. Furthermore, restored distillery of the manor brews beer and bitters made with local botanicals. Finally, guests can explore living history by joining an excursion, or visiting a perfume making workshop, honey bee farm, sewing atelier, and trying other traditional handicrafts, tailored to the wedding theme.
ABOUT THE PAKRUOJIS MANOR
The Pakruojis Manor is one of the 18 most attractive cultural tourism destinations in Europe, visited by over 300,000 people every year. With several 19th-century-style hotels, authentic restaurants serving regional cuisine, handicraft workshops and living history museums, the manor offers a vast spectrum of interactive activities and events in its historical environment of the 19th century.