All for one: the Villalobos Brothers charge their virtuoso violins with eclectic energy on Somos

• Buy/Download/Listen the CD
• Check the website for tour dates

The Villalobos Brothers' story starts like a fairy tale, or an adventure story: Once upon a time, three brothers who made beautiful music on their violins left home to seek their fortunes. What they learned on that journey is given musical expression on their new album, Somos (release: July 23, 2019). 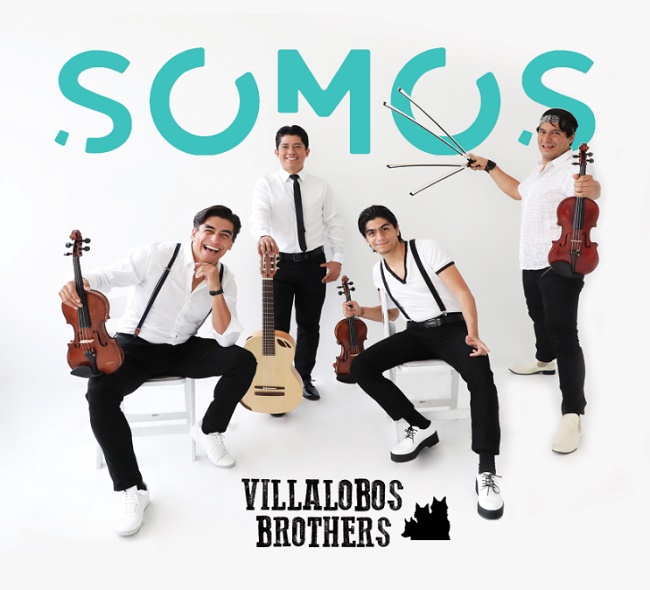 From their three violins, they conjure all the sounds they encountered on the way: the technical virtuosity of their classical training, the flamboyant energy of Son Huasteco, the honeyed melodies of Mexican trova, jazz-inflected dissonance, the charm and energy of pop. Politically aware lyrics respond to injustice and corruption at home and abroad. Somos (We Are) is a musical declaration: “We’re here,” it says, “Hear all that we are.”

Their story begins in rural Veracruz, Mexico, where the three brothers grew up studying violin. As Luis reminisces, “Our formal training was classical, but growing up in Xalapa, its traditional music was always close to our hearts. Our grandmother never trained formally, but she played guitar and sang songs from all over Mexico, from the time of the revolution.”

Nevertheless, the brothers set out to earn advanced degrees abroad, where classical violin was more likely to lead to a lucrative career. First, Ernesto won a Fulbright scholarship to study at the Manhattan School of Music in Pinchas Zukerman’s studio, then Alberto went to Belgium to train with Igor Oistrakh at the Royal Conservatory of Brussels, while the youngest, Luis, became a disciple of Nicolas Chumachenco at the Hochschule für Musik in Freiburg, Germany.

Their professional futures seemed clear: orchestras, PhD studies, professorships. Then Ernesto issued a surprising summons to Alberto and Luis: Could they come to New York to play a benefit at Carnegie Hall? Oh, and could they compose two hours of original music? They jumped at the chance. Luis says leaping into another musical world just felt right: “My admiration was always with the composers. They have been dead for 300 years, but still many people get together to make their music happen all over again. I wanted to find my voice.”

Creating original music resonated more deeply than performing classical music ever could. Alberto recalls listening to regional Mexican folk music while he was studying in Brussels, out of a need to feel himself represented: “I would listen to the great European composers, and I would wonder ‘where are the brown people, where are my people?’ My Russian professor would never let me tell him how to play Tchaikovsky. But who can tell me how to play the music of my heritage?”

Their hard work (and a little bit of fairy-tale luck) has paid off, earning them a stint as the house band at the Latin Grammys and an opportunity to perform orchestral arrangements of their original compositions with the San Francisco Symphony Orchestra. They’ve delighted audiences throughout Latin America, India, Russia, Canada, and the U.S., in settings as diverse as the United Nations on its 60th anniversary, the 66th FIFA Congress in Mexico City, and the Blue Note Jazz Festival. They’ve made guest appearances with stars across the firmament. In fact, you can hear Luis’s violin on Bruce Springsteen’s latest project, Western Stars. 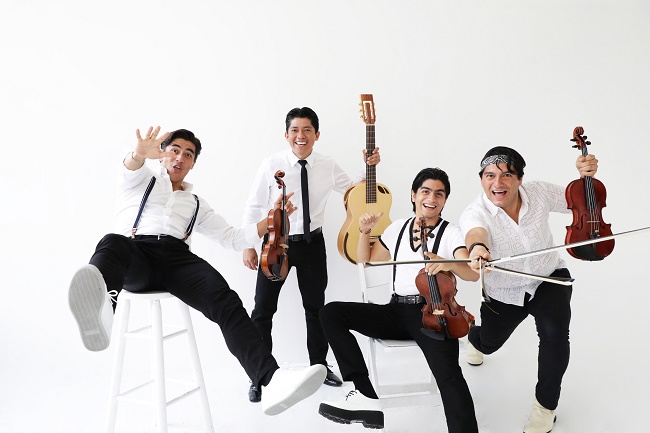 Along the way, they recorded their own album that reflected another journey—toward U.S. citizenship. Aliens of Extraordinary Ability, named after their initial visa category, explored the brothers’ immigration saga by focusing on the sounds of Mexico from a largely classical perspective. The musical and political horizons of Somos are considerably broader.

• Listen to the album here

Nevertheless, the raw plight of immigrants is never far from their minds—Ernesto is still embroiled in the naturalization process, and the brothers are seeking U.S. residency for their mother. The brothers feature on jazzman Arturo O’Farrill’s “Fandango at the Wall” project with the Afro-Latin Jazz Orchestra, a suite first performed on alternate side of the San Diego-Tijuana border as a protest against cruel border policies. Arturo guests on Somos, adding piano to “Xalapa Bang!,” an edgy song about peaceful protests crushed by state-sanctioned violence.

The brothers considered naming the album after the track “Hombres de Arcilla,” a powerful, haunting song punctuated by restless strings and impassioned vocals. It’s just one facet of a larger project by Alberto, also a visual artist and sculptor, to commemorate students from a rural teachers' college in Ayotzinapa, Mexico, who disappeared after being attacked by police in 2014. Moved by meeting the father of one of the missing students, Alberto sculpted 43 clay faces—one for each of the vanished—and wrote this song.

They settled on “Somos” as the album’s title track, and its combination of scintillating music and thoughtful lyrics encapsulates the ensemble’s current sound. The uplifting, pop-tinged violin melody is charged with optimism and joy, while Luis’s lyrics plead for expanding the notion of who “we are” beyond our own family, city, and nation, until it encompasses the entire human race. This is the wisdom the brothers absorbed on their fairy-tale journey: Stay true to your voice, while opening your heart to the world.