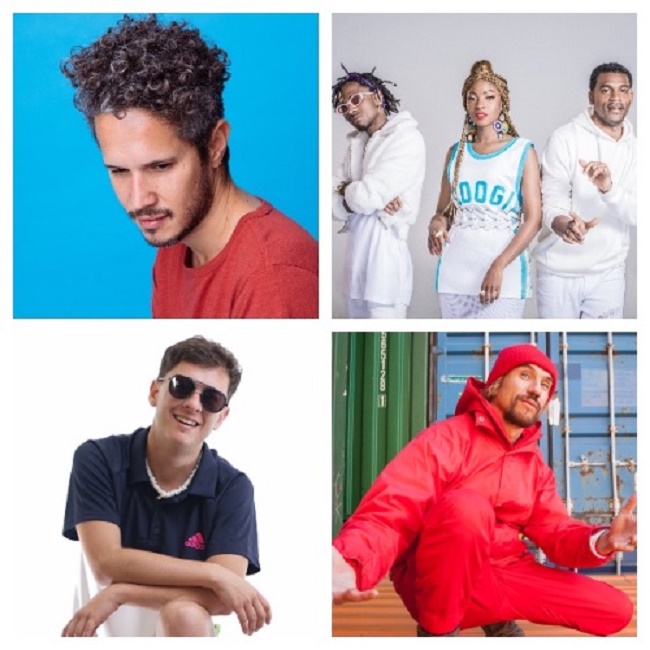 The Latin Alternative Music Conference (LAMC) returns for the 20th time to New York City this summer from July 9–13, boasting dynamic panels, powerhouse showcases, and a wide range of events. With past conferences averaging more than 1,250 music industry attendees and 25,000 concert fans each year, this LAMC promises to be yet another exciting year.

"We are thrilled to kick off our anniversary festivities in New York City, a city that symbolizes what Latin music has become — a fusion of many sounds and cultures, joined by common languages bringing the world together," said Gabriel Abaroa Jr., President/CEO of The Latin Recording Academy. "We launched the Latin GRAMMY Awards® 20 years ago to spotlight the great work of music makers in various Latin genres, and since then they have become the premier international showcase for diversity, relevance, and excellence of Latin music. This great mix will be on display during this special summer concert.” 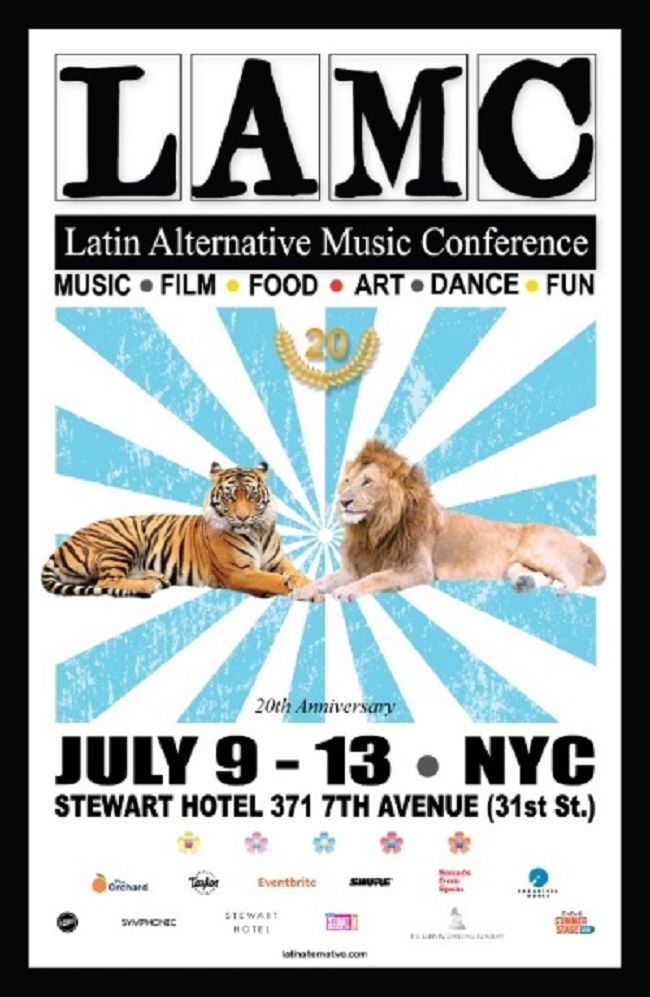 Tomas Cookman, founder of the The Latin Alternative Music Conference (LAMC) says, "We’ve had the pleasure of being supporters and friends of the Latin GRAMMYs for these past two decades, and we thought it was fitting to celebrate both of our milestone 20th anniversaries together at the LAMC’s big, free show at SummerStage, Central Park. The show's lineup is a testament to the diverse sounds in Latin music and to the crossroads where the LAMC’s efforts to promote and nurture left-of-center genres of Latin music meets the Latin GRAMMY celebration of Latin music in all its shapes, forms, and sounds. And what better way to celebrate que un verano en Nueva York!"

The concert is one of many Latin Academy events scheduled ahead of the 20th Annual Latin GRAMMY Awards. The Biggest Night in Latin Music® will air Thursday, Nov. 14, live on the Univision Network from the MGM Grand Garden Arena in Las Vegas. The three-hour telecast will begin at 8 p.m. ET/PT (7 p.m. Central), preceded by a one-hour pre-show at 7 p.m. ET/PT. The nominees for the 20th Annual Latin GRAMMY Awards will be announced on Tuesday, Sept. 24.

"We are thrilled to host this year's 20th anniversary celebration with The Latin Alternative Music Conference (LAMC) and The Latin Recording Academy, two of Latin music’s most important advocates. LAMC has been one of SummerStage's longest running and most valuable partnerships," said Erika Elliott, Executive Artistic Director, SummerStage. "And, like all years prior, the breadth and quality of talent we will be presenting
together is unparalleled."

ABOUT THE FEATURED ARTISTS:
ChocQuibTown is a Colombian hip-hop group composed of Carlos "Tostao" Valencia, Gloria "Goyo" Martínez, and Miguel "Slow" Martínez. The band's music draws influence from a wide variety of modern genres, including hip-hop and more recently electronica, combined with traditional genres such as salsa, Latin jazz, and Afro-Latin rhythms. At the 16th Annual Latin GRAMMY Awards, the group won for Best Tropical Fusion Album for El Mismo.

Guaynaa (Jean Carlos Santiago) is an emerging urban artist from Puerto Rico. He launched his career in 2017 with the single "María,"which featured powerful and painful lyrics that touched the hearts of many after the devastation of Hurricane Maria.Today, Guaynaa has recorded more than 30 songs produced by DJ Nelson and Angelo Torres.

Macaco (Daniel Carbonell de las Heras) is an influential Spanish artist who mixes rap, rhumba, pop, funk, and reggae in his work. He was nominated for a Latin GRAMMY in the Best Alternative Song category for "Moving" at the 10th Annual Latin GRAMMY Awards.

ABOUT THE LATIN ALTERNATIVE MUSIC CONFERENCE:
Now in its 20th year and often called the "Sundance of Latin music," the Latin Alternative Music Conference (LAMC) features industry panels with special guests and experts, showcases, and other events. Additionally, LAMC provides free concerts at SummerStage and BRIC Celebrate Brooklyn, plus intimate private concerts at various venues around New York City. The LAMC was founded with the aim of bringing together the Latin music community, a community that over the years has grown, evolved and redefined the idea of mainstream music. The panels, exhibitors, networking opportunities and multitude of activities during the week, both at the conference site and the showcases around the city, have been the catalyst for many a career, and personal as well as professional growth. Whether you are new and getting your foot in the door or have been part of this wonderful industry for years and are looking to continue to connect with colleagues, create opportunities and innovate, the LAMC provides a forum to take those next steps. We hope you can join us in celebrating this very special anniversary.

From the LAMC Conference 2018: