If you even browse through my blog a little, you'll see that I write about a wide variety of arts and culture - not just film. And, to be honest, I don't quite understand how other people do it, i.e., specialize in film. After just one festival within commuting distance and a handful of freelance assignments, I'm pretty exhausted. But, some of those hardy film journos were off to another festival in yet another city. 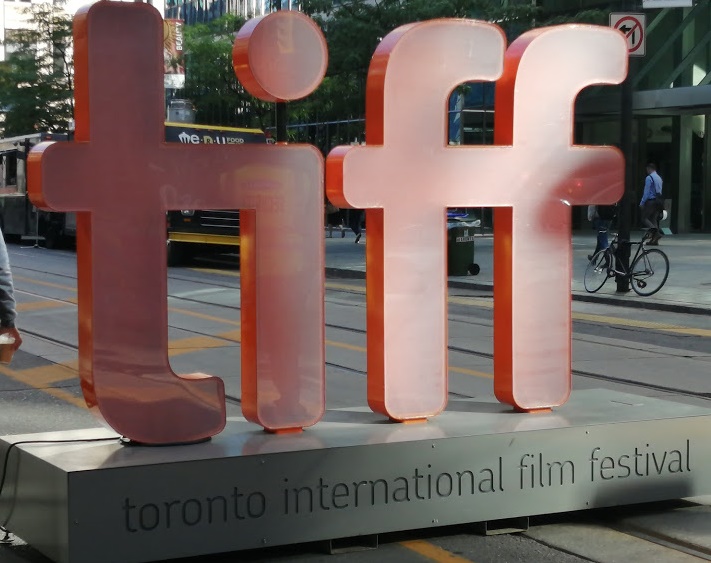 I'd rather end my relatively brief, yet intense affair with movies on a lovely and positive note, full of great memories, and not the hotel and coffee shop food that gets old really, really fast, or those lousy pillows even the best of hotels insist on using.
Here's some of my impressions, and good-bye TIFF...till next year or so. 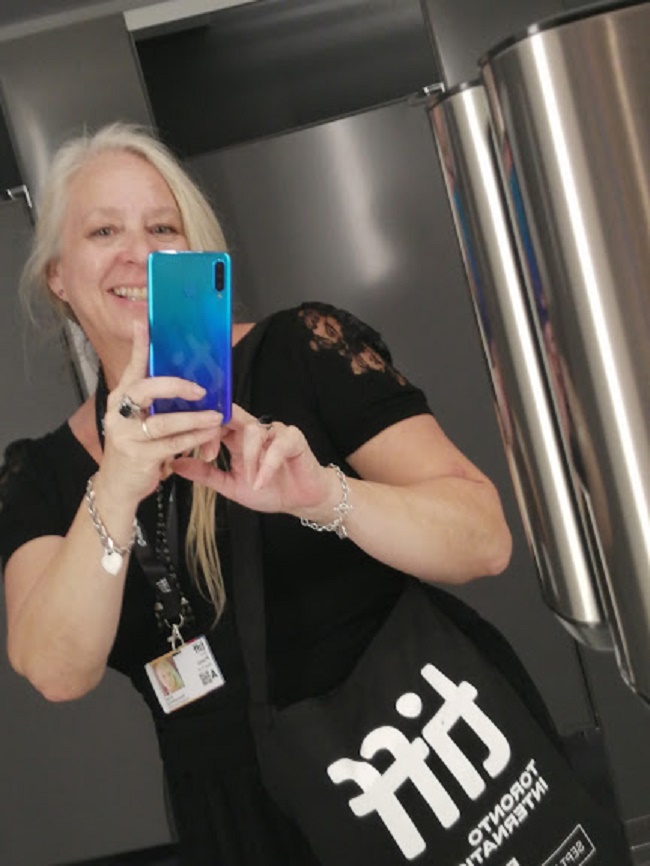 This is the most fun day. First, brunch with other media types, including an appearance by co-heads and artistic directors Cameron Bailey and Joana Vicente for a few words.
Canapé trends: it seems that chicken satay, after a long hiatus, is back on the menu. Organizers try to cater to the two extremes of foodie trends - both fat/meat heavy keto fare like mini sandwiches with cured meats (yes I know they're called sliders) and some kind of veggie quinoa salad. All in all, I'd say that the vegans got the short end of the stick.
At 2pm, I have an interview with Peter Gregson. The easiest one to arrange.
Day 2 (September 6)

It's Netflix day. First, a screening of Dolemite Is My Name, the Eddie Murphy come back vehicle. I'll agree that it should put him back in the spotlight - his performance is completely riveting. 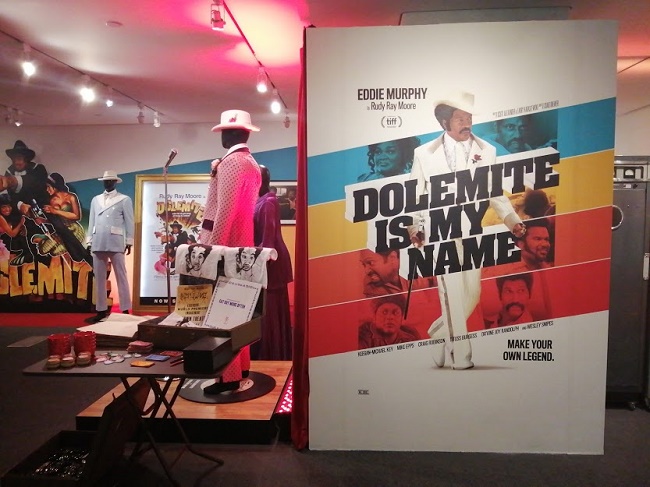 After some lunch from the Netflix buffet - they've taken over the third floor of the Shangri-La - and again, I can report both extreme meat, and extreme vegan options - I have an interview with Da'Vine Joy Randolph, who co-stars. 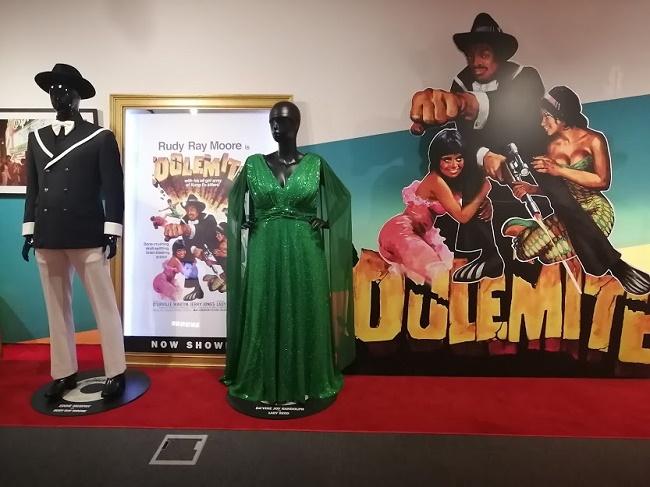 Day 3 (September 7)
This day has been rearranged a few times. I miss an 8:30am screening because of the stupid GO train. My afternoon interview has been rearranged because my subject has visa issues.
But, my inteview with the director of Ready For War runs just fine at the Intercontinental Hotel on Front Street. Great doc that I viewed via a screener at home. 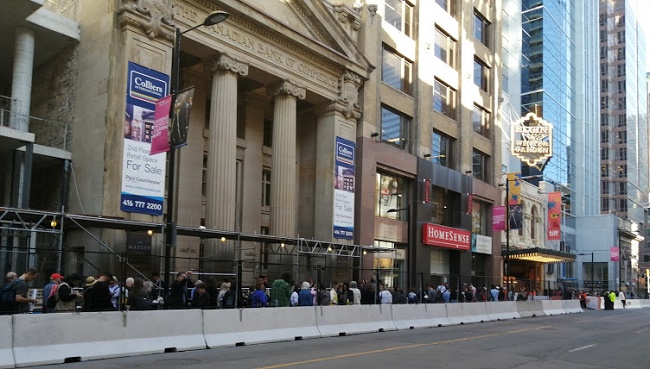 8:30am An early Press & Industry screening for The Song of Names. Interestingly, people lined up at the door only want to speak to Americans. 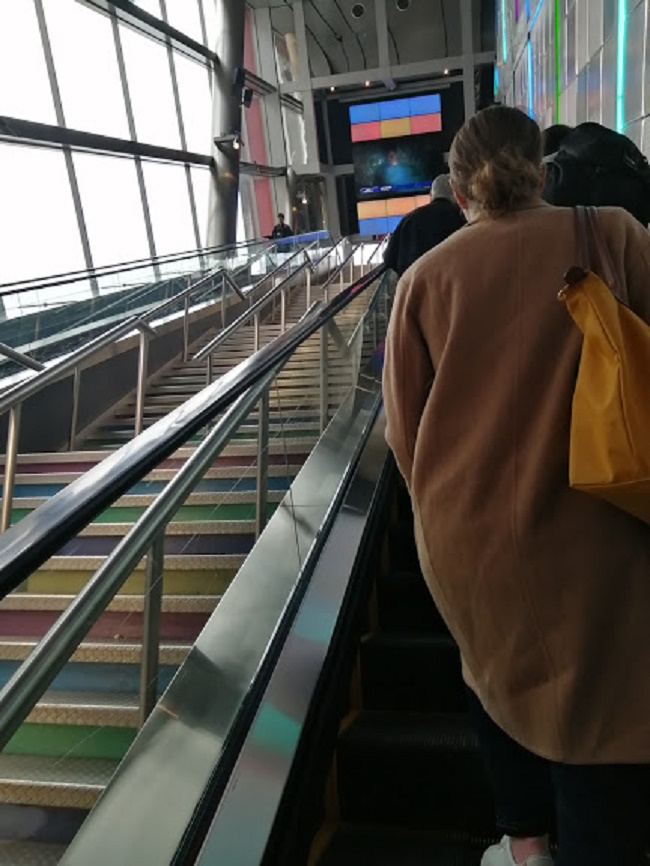 10:40am Interview with Ina Weisse and Nina Hoss, director and star of The Audition. It's an an interesting place called Coffee, Oysters, Champagne on King Street West. For the interview, I go behind the bar, down a dimly lit hallway, and into a cavernous basement...to another bar. 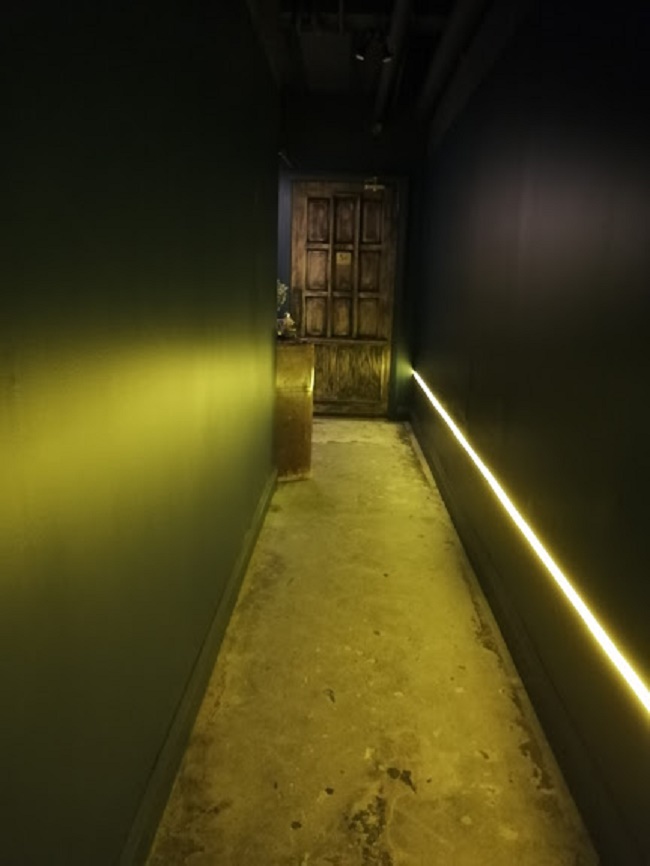 In between: I visit the AT&T VIP Lounge at the Hotel Le Germaine for some delicious mac and cheese...and a vegan salad. And fruit, along with a celebrity sighting or two.


2:30pm The interview with director Francois Girard is late, and a mere 10 minutes, but I think I've got enough before springing for a panicked taxi ride through the rush hour traffic to my next screening.

3:00pm A must-see screening - the North American premiere of Atlantics by Mati Diop at Ryerson theatre.

11am - Or, it's supposed to be 11am, but more like 11:17am by the time Mati Diop makes our interview in the Netflix Shangri-La enclave. She begins by quizzing me on what I thought about the film, and seems disappointed in my lack of effusive enthusiasm. I think she just doesn't know me well enough to judge.
11:40am - My ten-minutes-late interview with Abba Makama, director of The Lost Okoroshi and a voice of the new Nollywood of art films.

Day 6 (September 12)
My long awaited interview with Ugandan gonzo action auteur Nabwana I.G.G. and his VJay Emmie. Their visas were delayed, then their passports sent to the wrong country, but he's here at last to see his film on a big screen for the first time. The flick, Crazy World, will play the last two nights of the festival for its Midnight Madness series.

Day 7 (September 14)
My last screening, with a Q&A with director Chinonye Chukwu and star Alfre Woodard.