• Plan Your Trip At The Link

You may not be able to buy Greenland, but you can visit the world's largest island, with natural beauty, Inuit and Thule culture to explore, and arts festivals to enjoy.
Greenland was populated in waves of immigrants from Europe to the east, and the Inuit who came from northern Canada to the west. The Dorset culture came with a prehistoric people who immigrated from Canada. The Norse culture arrived from Norway. The Inuit also came from Canada, and most modern Greenlanders are related to the Inuit. The Thule people came all the way from Alaska.

Nuuk: Greenland's capital city
Many travelers come to Greenland for the spectacular scenery and outdoor pursuits, but the capital has much to offer. In recent years, there has been an upswing in tourist-friendly venues, with gourmet dining, boutique shopping, and interesting architecture on offer.

New Art In The Far North
The Disko Arts Festival
Disko Arts Festival is a relatively new celebration of contemporary music, theatre and performance. It takes place both in Ilulissat and in Nuuk this year. Events are varied and experimental, and often feature collaborations with other international artists.


The Disko Arts Festival is an annual festival for experimental music and art in Greenland. Emerging international and local artists are invited to spend a week in the area, collaborating, exploring and ultimately presenting new work to the local audience. 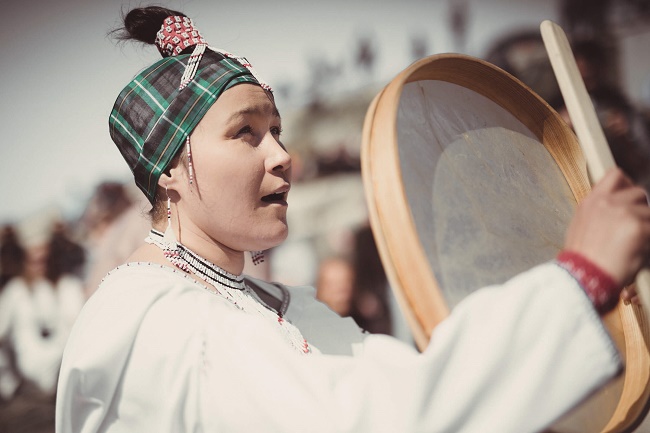 Disko Arts Festival springs out of Far North, a network and residency established in Oqaatsut in 2012. The core mission was – and partly still is – to bring together emerging international and Greenlandic artists. Disko Arts Festival is a local festival with an international profile, and the artistic programming is tailored for our Disko Bay and Nuuk audience.

Springing out of a residency for contemporary music theatre, Disko Arts Festival presents a variety of expressions, from leftfield electronic music to visual art, emphasizing locally anchored projects and fluid genres and discourses. Disko Arts Festival is a point of gravity around which a number of satellite events evolve: In addition to the ordinary artistic program, the festival includes workshops and events for children and young people and various community based activities.

Disko Arts Festival 2019 is made possible with support from Hurtigruten Foundation, Avannaata Kommunia, Den Grønlandske Fond, Ilulussat Kunstmuseum and Nuuk Kunstmuseum. The festival is proudly signed up to Keychange’s ‘50/50 by 2022’ pledge.

SOUNDS OF INUICITY A project from Disko Arts Festival 2018: