Toronto guitarist/composer/improviser Dan Pitt is a relatively new player in the city's jazz scene, and he's making his mark with his first release, Fatally Flawed. Bassist Alex Fournier and drummer Nick Fraser round out the trio. 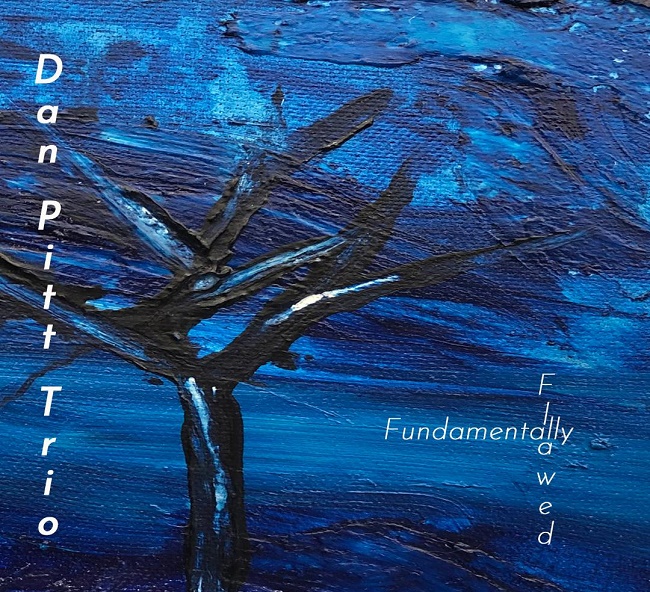 Pitt is an inventive composer who uses tone and colour to paint soundscapes in various moods and modes. Balmoral is a contemplative piece that meanders in and out of conventional melody, the shimmer of cymbals or deliberate brush strokes, like inexorable steps, leading through the moody sound of both guitar and bowed bass.

Fundamentally Flawed, the title track, is an intriguing blend of avant garde and groove, with multiple changes, and a whiff of prog rock in the mix. It builds on a simple theme to a ferocious and intense finish.

The trio is a versatile format in Pit's music, turning to a minimalist approach in Mark I, a track that puts each instrument into the spotlight even as it adds layers of texture and complexity. Mark II uses a contrapuntal approach between guitar and bass, with the percussion adding occasional punctuation. Mark III builds a jittery kind of energy in the rhythm section, with golden guitar chords that float on top. It's a high energy ride that showcases the talents, and tight timing, of the three musicians.
Overdewitt is a compelling track, with an insistent rhythm section and a melody played on the bowed strings, giving it a dark, low tone. It begins slow and spooky, rising to an agitated crescendo. Finalizer adds a virtuoso turn for bassist Alex Fournier, who take centre stage against an understated and erratic percussion line.

It's an auspicious debut recording from an up and coming artist in Toronto's jazz landscape. The trio will also be doing a Canadian tour in November to help celebrate the release.