Flawless technique, a golden tone, and a fluid sense of interpretation characterize this solo jazz release by Italian guitarist Riccardo Chiarion. Chiarion has been active in the Italian and international jazz scene since 2003, and he's recorded with a who's who of that world in performing ensembles as well as in many recordings. On Quiet Stories, he showcases his own talent as a solo guitarist 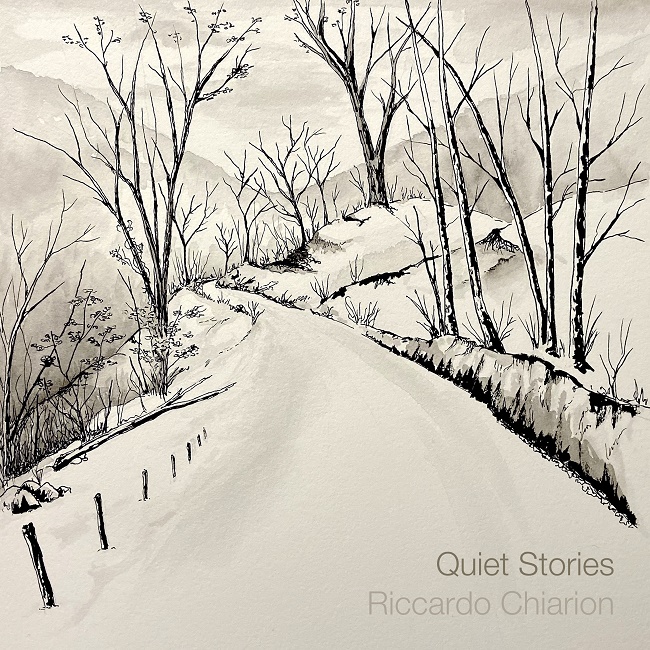 Solo instrumental albums risk becoming a kind of self-indulgent exercise; Chiarion has evaded that turn with a nice sense of variety in the tracks. Delicato is a moody piece that goes through tempo and rhythmic changes, while Green is more melodic, and falls neatly into the contemporary jazz idiom.

Hidden Blues is...definitely bluesy, with a few changes thrown into the usual 5-4-1 harmonics. It's like a meditation on the blues, rather than a song with classic blues structure. He mines hidden complexities and turns up a few surprises for anyone expecting the usual 12-bar pattern.
Tracks like Meetings and Sentimentale, as you would imagine, takes it down a notch for a slow and rapturously romantic exploration of jazz melody. Your Lives adds a Latin feel to the mix. Again is a standout track. Strongly rhythmic, it's lit up by his superbly tasteful sense of melody and embellishment.