Unprecedented times call for unusual solutions, even when it comes to watching movies in today's uncertain world, where "social distancing" is the new normal. 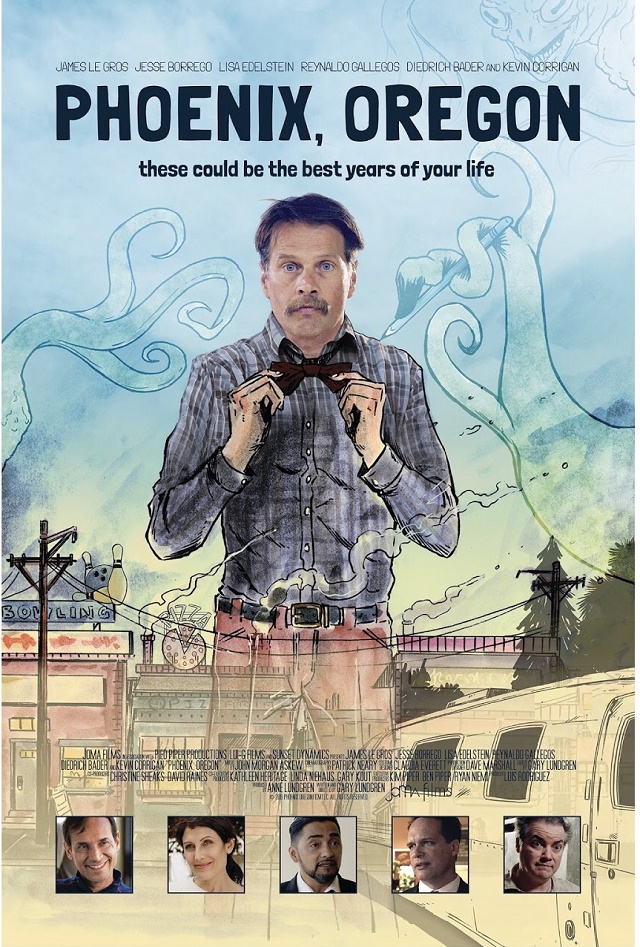 The new independent film Phoenix, Oregon, scheduled to open in theaters this past Friday, March 20th, will now offer folks who need a break from the constant drumbeat of coronavirus news the opportunity to watch a new release movie from home at a matinée price of $6.50.

They will be helping a hurting number of small businesses and in the meantime, producers will share all revenue on a 50/50 basis with the group of theaters where it would have been shown.

The theatrical-at-home option is available in the U.S. and Canada beginning this Friday, March 20th, at www.phoenixoregonmovie.com.

Any theaters that remain open to the public on March 20th will still have the opportunity to screen the film.

"Phoenix, Oregon" is a funny and bittersweet comedy about two friends, a graphic novelist and a chef, who seize an unlikely opportunity to reinvent their lives, quitting their service industry jobs to restore an old bowling alley and serve the "world's greatest pizza." Phoenix, Oregon, is being released by Aspiration Entertainment in association with Ryan Bruce Levey Film Distribution and was produced by Joma Films with Pied Piper Productions, Lui-G Films, and Sunset Dynamics.

"This is an attempt to alleviate some stress from the locally owned theaters, who are the backbone of independent cinema. We are not offering a 'day and date' option, we are offering an opportunity to see our film and support those in need during this crisis, the small businesses/theaters," says "Phoenix, Oregon" film booker Ryan Bruce Levey of Levey Distribution and PR. "The DVD and video-on-demand release will come later, but for now, we want to stand by those theaters that stood by us."

A "day-and-date release" is a film industry term for when a movie becomes available in theaters, DVD and VOD all on the same day, everywhere.

"We want to encourage safety for our audiences while also supporting the theaters who have committed to our release. We also want to be responsible world citizens while figuring out how to support those theaters, movie fans, and each other. This is different than a 'day and date' release in that all of the digital streaming revenues are shared 50/50 directly with the theaters, rather than cutting them out when they need help the most," says Annie Lundgren, Producer of "Phoenix, Oregon."