• Buy/Download from your favourite service
• Stay in touch

Cool grooves meet hot chops in this latest release from Italy's Erodata Project. Despite the emphasis on themes and stories from classical Roman mythology and literature, listeners can expect a thoroughly modern approach to jazz - one that blends various elements into the music as needed. 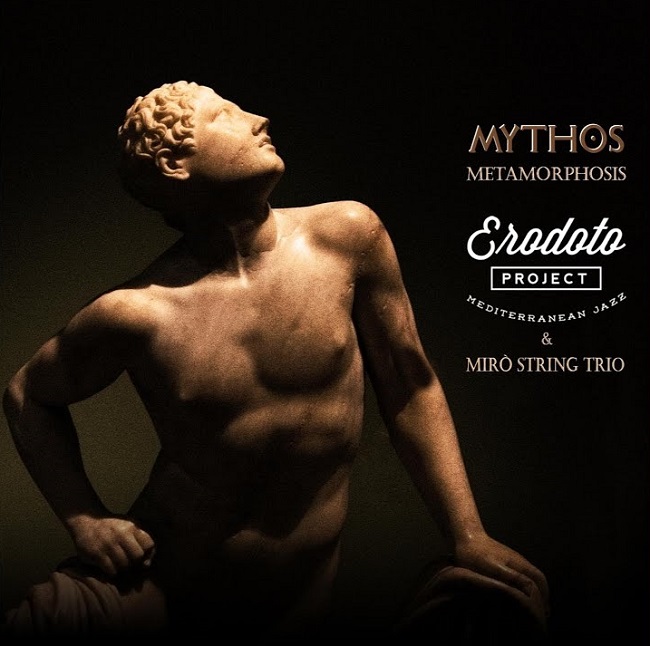 The rhythm section creates the basis for their signature sound, with shimmering cymbals and a nicely delicate sense of rhythmic patterns and changes, and the bass offering melodic walking lines and rhythms that create forward momentum.

The tracks are a compelling mix of moods and rhythmic changes. Meleagro is a laidback composition that highlights fluid keyboard lines and inventive bass counterpoint. Even the drum solo is fluid rather than frenetic, making for a sexy vibe.

Lyrically and thematically, the music is inspired by Mediterranean lore, in this case, the Metamorphoses of Ovid. In Aci e Galatea, the piano and sax play against each other in a musical portrayal of the two lovers of classical Roman mythology.

Ifi et Iante (Iphis and Ianthe anglicized) is a hipster take on a complicated tale from the myths. It's not really necessary to know that Iphis was a girl raised as a boy to enjoy the ultra cool vibe of this track, with its sexy sax line and syncopated rhythms.

Traditional and contemporary jazz, and elements of classical European music blend on many of the tracks. The string trio is prominent in Sibilla Cumana, a mesmerizing track with a cinematic sensiblity - I could easily picture a story unfolding on the screen in the compelling music.

Pasiphae, in mythology, one of the more upbeat stories of the classical era. A daughter of the sun god Helios, she was gifted with medical knowledge and a healing gift, and happily married the King of Crete. In music, she's an upbeat track with a nice sense of musical and rhythmic abandon that swells to a crescendo. 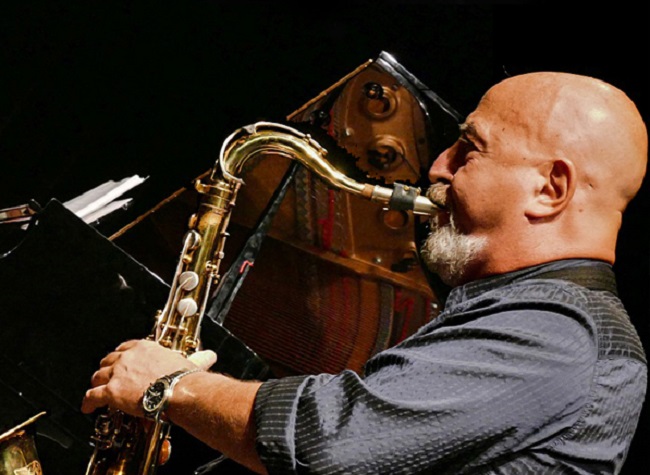 Hiera begins like a Baroque era string trio, seguing neatly into a section of breathy flute and piano. It's a surprisingly seamless transition from traditional rhythm and tonality to the freer expression of jazz.

Danza della Luna has a distinctly Latin and Mediterranean flavour, the strings adding a gypsy jazz feel. Filitis delle Pramidi is a standout track, one with a melodic bass line against a harmony of strings and sax.

The album is the third in a triptych by the Erodoto Project dedicated to Medtierranean mythology. All the tracks wer ecomposed by Salmieri along with Allessandro de Angelis.

As the  CD liner notes mention, "The mythological figures in our Culture are all surprisingly Human after all – they fall in love, they suffer, they struggle to achieve things and they even die in the process, despite their Godly ancestry."