American composer Stanley Grill is about to release another album of his work, so I thought I'd catch up on the last one, And I Paint Stars with Wings. 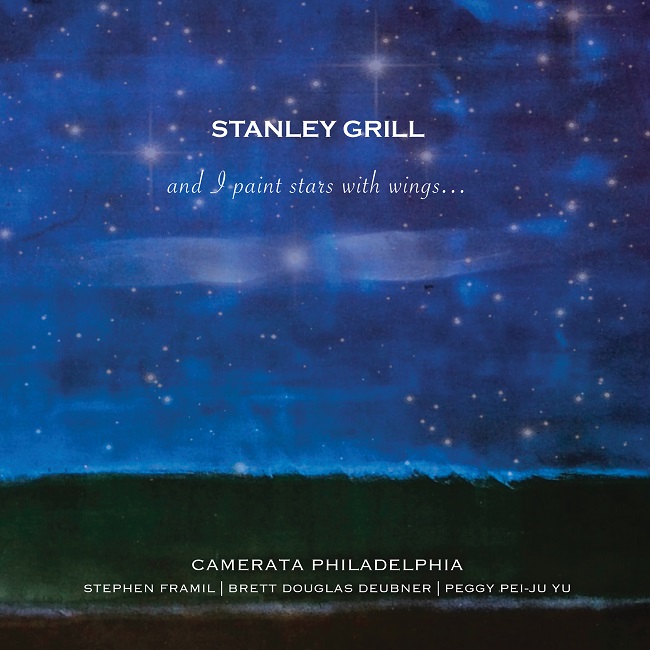 His work with Camerata Philadelphia and others on the release is melodic and evocative, modern romanticism with achingly sweet harmonies. Grill's goal is to use his music to encourage thoughts of world peace, most obviously evidenced in Pavanne (for a world without war) for string orchestra. It's part of his Music for Peace project, composed, as described by the composer “after having made a decision that my music needed to serve another purpose besides the obvious one of touching the hearts of those who listened to it. However unlikely of success, that purpose is the achievement of world peace.”

Mystical Songs is a musical setting of four poems by Fernando Rielo, a Spanish Catholic mystic, for soprano, viola and strings. Rielo was a philosopher, author, and founded the Universidad Technica Particular de Loja, who commissioned the work. They are intimate pieces, weaving layers of harmony with the voice on top.

Grill draws out a mood for each in The Four Elements, a concerto for viola, ending with the moody turbulence of Fire. Pavane is sweeping and cinematic in its vision, the harmonic pprogression building from sombre to uplifting in velvety tones and orchestral colours.

His next album, Afterwards... is set for release on October 23.