"This is my most personal collection of music, both politically and emotionally," says New York City-based alt rocker Paul Maged. Released on November 3 - election day in the US - it's clear the personal is political in this collection of driven alt rock songs. 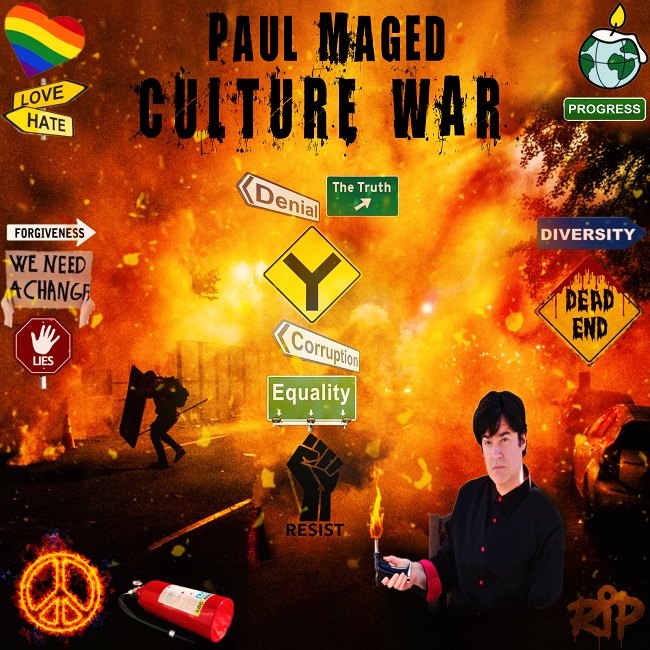 Cult 45 and Lose Your Privilege are two more tracks where Maged puts his beliefs on his sleeve.

"Nobody writes protest songs anymore. Major artists used to write protest songs. Stevie Wonder, Marvin Gaye, Bob Dylan. You just don't see that anymore because all popular artists today are so neatly packaged to appeal to the masses and no one wants to ruffle any feathers. I may not be a big artist but I have to speak my truth and I know I'm not alone in how I feel."

As a songwriter, he explores various rock and pop idioms, from the straight ahead rock sprinkled with ambient sounds in Culture War, the title track, to the progressive rock vibe of Lose Your Privilege. We Are slows down to a piano ballad with an almost operatic feel. The mood switches to guitar god rock on tracks like Shine On Your Light.

Jeanie Is A Rockstar is a standout track, with a heavy metal heart and earworm hooks.

Just one quibble (and I think I said this about an earlier release of his): a better graphic designer is needed for the album cover. One person can't be good at everything.