Burbank, CA based musician and graphic artist Jared Simmons is the one-man behind Vipid, an ambient electronic band you may not have heard of - but who's had over 250,000 streams across Spotify and Apple Music after participating in the record-breaking #iVoted Festival 2020. 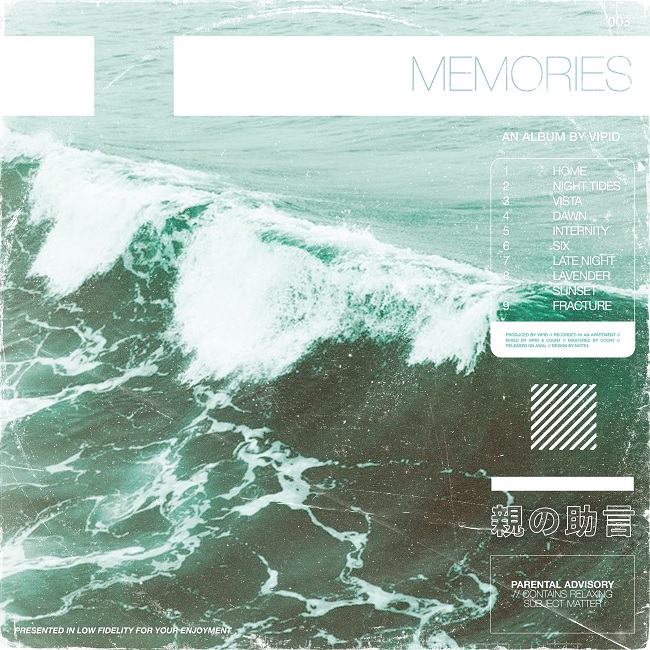 Vipid plays with tones and melodies, with some tracks on the release very short, and none much over the 4-minute mark. Bell-like tones resonate through Home, the first track. In Night Train, they're set to a danceable rhythm, with interesting harmonic and melodic changes. In Internity, the vibe turns hypnotic.

Vista is a highlight of the release - all moody and dramatic as it introduces a rhythm that stutters and builds to a tense peak. In Dawn, the mood is trippy and spacey.

Fracture is another standout track, one that builds a groove that turns round and round on itself. As a composer, Vipid is nicely variable and never seems to revisit the same groove twice.

He talks about the album's inspiration in a media release. "Memories is an album that draws inspiration from early points in my life. As you look back on memories and recall the way life used to be, it's often informed by all the things you've learned since then. Memories really was a way for me to channel those experiences and see them in a new light."