In Urbana, Illinois, the New Music Choral Ensemble (NMCE) was formed by electronic tape music pioneer Kenneth Gaburo in the mid-1960s. Just as the rest of the world was getting ready for the groovy summer of love, sixteen student singers would form the very first ensemble devoted to new compositions in the US. 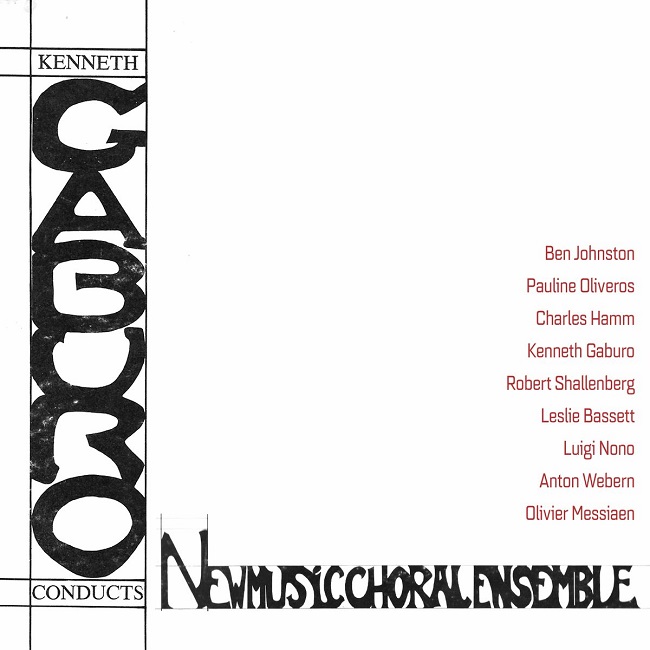 It was Gaburo's initiative to bring American choral music into the 20th century. The group would go on to perform forty works in their repertoire in a busy touring schedule, and would produce two recordings between 1965 and 1968.

NMCE would learn to sing 31 notes to the octave for Ben Johnson's intriguing Ci-Git-Satie, originally written for the Swingle Singers. Let's call it swing with an avant-garde edge. Pauline Oliveiros' Sound Patterns uses bits of phonetic experimentation as the basis for its 'lyrics', and a surprisingly entertaining exploration of rhythmic and tonal effects. 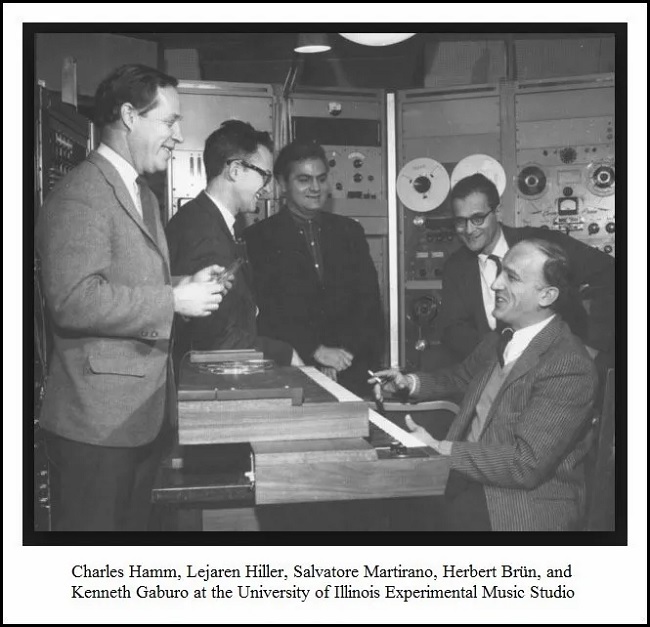 Robert Shallenberg's Lilacs deconstructs Whitman poetry. Tonal and harmonic, it's one of the more conventional sounding pieces on the album. Anton Webern's Entflieht Auf Leichten Kähnen, op. 2 (1909) is a stand out in what was its first performance on US soil. He weaves the vocal parts into ravishing, yet slightly disquieting harmonies.

Olivier Messiaen's Cinq Rechants (1948) is another compelling work and performance, agitated and demanding many shifts in tone, and illuminated by strong performances from a raft of soloists. Kenneth Gaburo's own Fat Millie’s Lament (1965) is included, along with the chaotic fun of The Wasting of Lucretzia - an electronic/vocal mash-up.

It's a testament to Gaburo's forward thinking and the impassioned performance of the New Music Choral Ensemble that the music still sounds so fresh and vital more than a half century later.