There is a line from the media release for composer Robert Moran's latest release, Points of Departure, that perhaps best describes his relationship to modern composition. He draws from a varied palette of colours that correspond to diverse techniques and modes of expression. 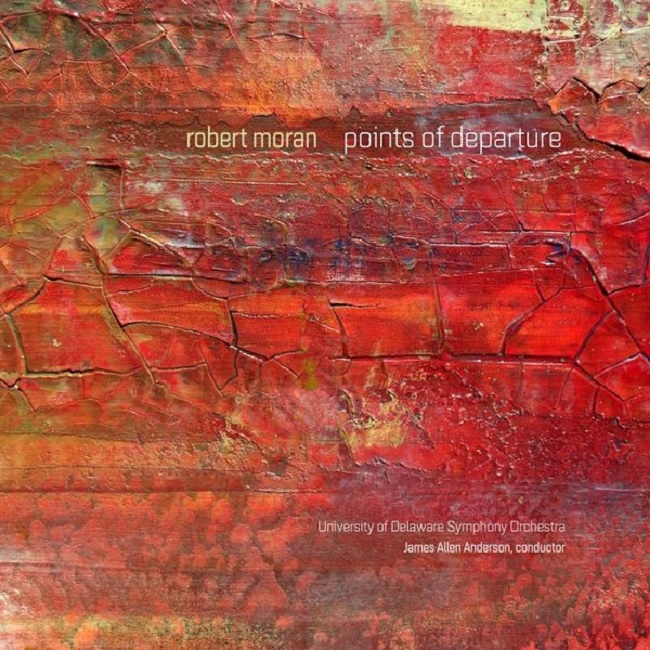 "If you drew a Venn diagram showing the overlap of Handel, Pachelbel, Haydn, Wagner, Feldman, John Luther Adams, Philip Glass, and John Cage, it would only have one name in the middle: Robert Moran."

The works in this recording span the years from 1973 to 2018, and come from a variety of inspirations. Star Charts and Travel Plans I (2016-17) uses the concept of patterns centering around fixed objects. The effect is grand and expansive, imposing and slow moving as the celestial spheres themselves.

Points of Departure is a piece extracted from a larger work for dance. It's a melodic, rhythmic journey into neo-romanticism that plays with the tonal colours of the orchestra. Award-winning conductor James Allen Anderson takes the Delaware Symphony Orchestra through the many sudden changes seamlessly.

Angels of Silence (1973) for viola and chamber orchestra is elegaic and solemn. Romanian-American violist Maria Rasu wrings long notes full of emotion and nuance from her instrument.

The Frammenti d'uni opera barocca perduta (2017) is a charming piece of five movements for vocalist and orchestra in its debut recording. Countertenor Daniel Biebeeck puts in a stellar performance in the neo-Baroque series of songs that lean towards the Italian rather than the Northern European version of the era. Moran put the text together from libretti that is taken from works by various composers. Biebeck's rich voice illuminates the pieces that, despite the harpsichord and definitively Baroque flavour, display occasional flashes of more fluid modern harmony.

Yahrzeit (2002/2018) is a lovely and evocative piece written in memory of Michael Sitzer, a friend lost to AIDS. Basso profundo Zachary James draws the beauty of the piece out of his ravishing interpretation.

It's a definitive look at Moran's compositional works that shows an appealing range and a convincing facility with a palette of techniques.