The south coast of Kenya is well known to travellers, a region that essentially starts at the white and blue city of Mombasa, extending south to the border with Tanzania.

Mombasa is the tourist centre of the region, a large port city on the Indian Ocean with an international airport. The city itself is located on an island just off the coast. It plays the role of the nation's second capital, with a state house. The city's characteristic blue and white colouring is the result of a 2018 government edict that saw the city painted white, with the Old Town in yellow. 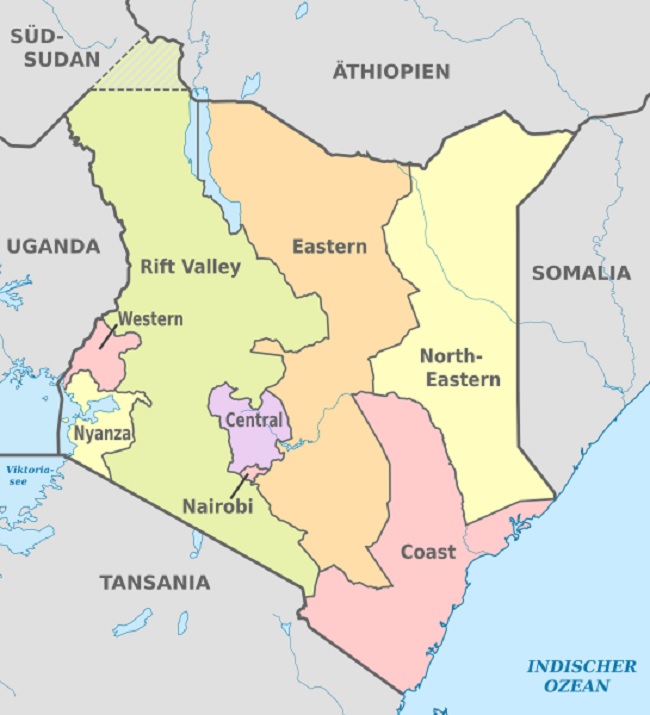 Mombasa is an ancient city, founded in the pre-Islamic era. Legend says it was founded by Mwana Mkisi, the ancestor of its oldest family. It was colonized by the Portuguese in the 16th century, then later fell under British rule before independence in 1963.

Today, it is a busy tropical city with a long history as a prosperous port.

The Diani Beach resort area begins about 35km (just over 20 miles) south of Mombasa Island. Where it ends, the Galu Beach region begins. This is an area of white sands and palm trees. 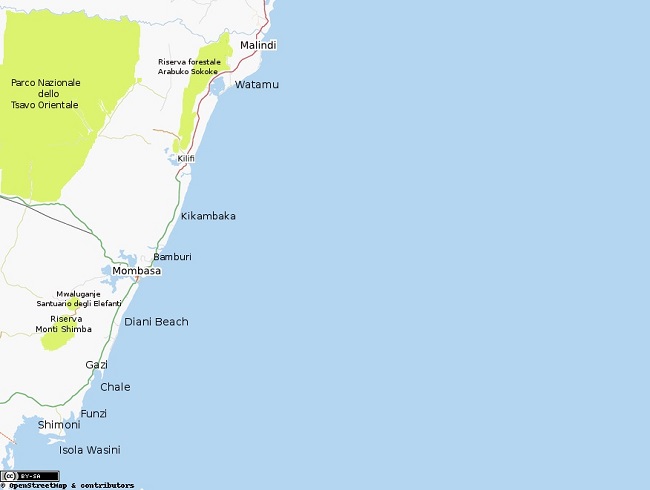 Kitesurfing, paddelboarding and other water sports are popular, and the beach is lined with bars and restaurants with an ocean view and a sea breeze to keep you comfortable.

One of the most popular things to do in the Mombasa area is scuba diving, where conditions are generally considered good all year round. Mombasa Island itself is a coral reef. There are just under 240 square miles of coral reefs along the Indian Ocean coast of Kenya.

The beaches are framed by forests. Wildlife adventures are plentiful in the area, from seahorse encounters in the coral reefs to nearby nature and wildlife preserves where you can see primates like colobus monkeys and vervets, or elephants at their watering holes.

Accommodations choices range from cheap hostels to luxury resorts, with lots of options. Spacious BnB and AirBnB accommodation is another alternative, like the sunny Stella Maris. Ditto when it comes to dining - with an emphasis on seafood, of course.

There are many kaya, or sacred forests, in this region, but few are open to the public. The Kaya Kinondo, sacred to the Digo people, is one of the few exceptions. Near the Diani Beach, it is about 30 hectares, and contains about 187 species of plants.

Guided tours are available, with several rules that ensure the requisite respect for the Digo people's beliefs. It's not your average nature hike, in other words. The trails are broken by huge roots and even ancient bits of coral that have worked their way to the surface from the coast.

Your guide will explain some of the native plants and their uses in traditional medicines. You can even participate in an old tradition by hugging an ancient tree to let go of your fears and anxieties. Many of the trees are more than 600 years old, and one palm tre is believed to be more than 1,050 years old. Interestingly, it is about 600 years ago that the Mijikenda, the loose confederation of tribes to which the Digo belong, arrived in the area from Somalia.