Ryan Summers is a multi-talented musician and producer based in Wisconsin. Undo Influence is an inventive and intriguing album of electronic music with a psychedelic twist, and an unusually inventive originality.

The music is strongly rhythmic, and he approaches it by developing layers of sound. Chasm begins with acoustic guitar that sounds familiar, then veers off into a spacey mode with effects and atmospheric sounds. Summers' vocals are urgent and expressive.

Curious Story is a highlight of the release with its cool electronic effects and eerie vocals. It's a spooky and unsettling song that demonstrates Summers' talent for soundscaping. If it reminds me of anything, it's David Bowie's Ashes to Ashes. Follow You delves even further into a spacey mode, something like an acid-tinged carnival.

The musical mood gets into heavy electronic metal in Holy Criminal, and a NIN-reminiscent vibe in Let Us Pray. Osiris Stone breaks the tension with a meditative and hypnotic tone.

Sons of Gallows is another standout track, dominated by a honky tonk piano in an earworm pattern, layered over with vocal harmonies, electronic effects and percussion - although I'd have to say it's most effective when it's just piano and vocals. 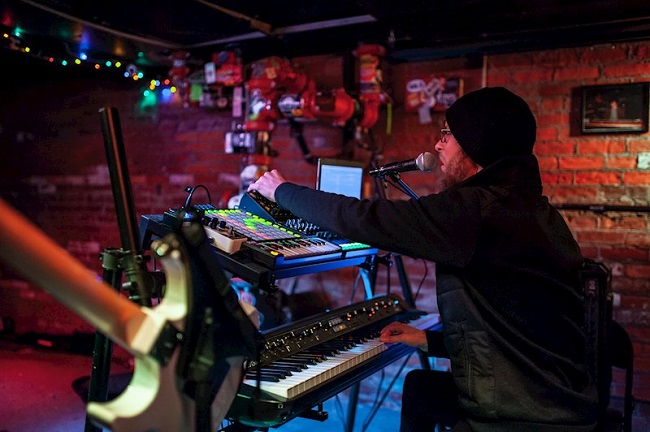 While the music stands on its own, the quirky lyrics and song titles have a purpose that Ryan explains in a media release.

"My experiences deprogramming from an internet cult about a decade ago is the central theme of Undo Influence. The songwriting highlights what cult experts call 'floating', a phenomenon whereby an ex-member is caught between their original pre-cult identity and a second persona developed as a coping response to the cult environment. It's like slow-motion schizophrenia where you don't know what to believe, but the emotions are enormous. Seeing all the weird cult shit going on this year with this QAnon group, I figured I would relay some of my own experiences."

No matter what its inspiration, the music is interesting listening with a lot of replay value.

Tracklist:  "Chasm", "The Curious Story of Brad Halsey", "Follow You", "Freezer Burn Sumadhi", "Holy Criminal", "Let Us Pray", "Osiris Stone", "Sons of Gallow", "There Is Nothing For Me Here", "Uncharted Sector", "Warp Coil"