If you love contemporary Italian jazz - and what's not to love about it? - you'll groove to Giancarlo Romani's Naif. It's music that is rhythmically complex and challenging musically, and also melodic and accessible.

Romani uses the trumpet's melody and tone in a variety of different modes and moods that keep it interesting.

The long time horn player talks about the genesis of his solo album after years of playing gigs all over in a media release.

“At first it is an idea that goes around you, envelops you, makes the air thick, you breathe it and blow it through this tube which is the trumpet and surprisingly it becomes music.

“After years of Miles and Live gigs in different Bands and musical styles I felt the need to put a point of arrival and restart to my musical history, bringing on a hypothetical sound canvas all that I had collected with me in all these years of music, people and emotions.”

The piano takes a lovely and inventive solo in Afleta Volante. Romani's trumpet solo is stripped down to an intriguing bass line and the trumpet's rich and fluid melody. It's a stand-out track in an accomplished album.

Cinque Minuti in Oslo is moody and expansive, the trumpet the perfect vehicle for an exploratory vibe. A bowed bass adds to the atmospheric tone. Romani experiments with sounds in Aya Sofia over a compelling mix of Mediterranean rhythms, overlapping patterns that have North African and Turkish roots. 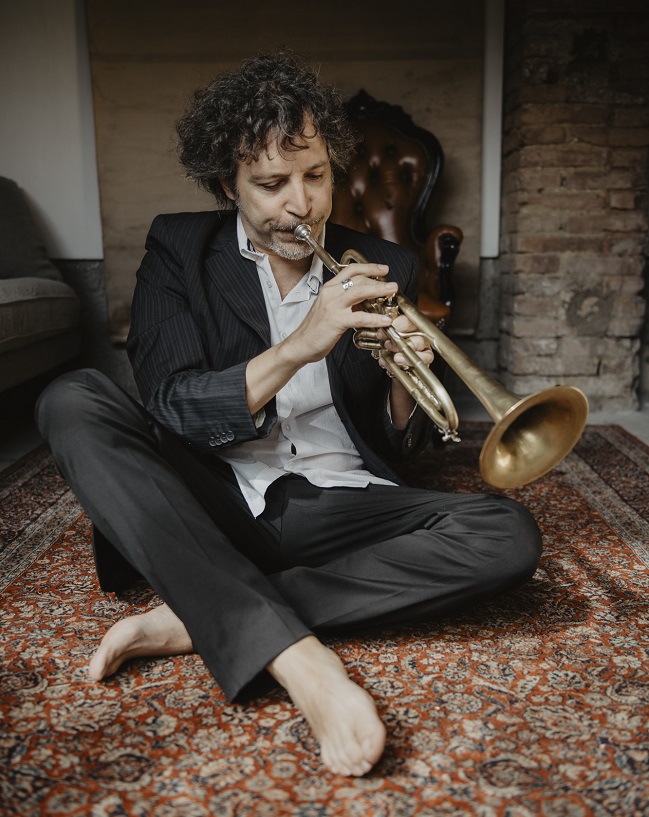 In Elegia, the trumpet is joined by sax. The horns trade solos in a track with a sweeping and romantic sense of melody. Una nuaova intimita is another stand-out track. The song begins quietly, subtly over a set of scintillating chord changes, just keyboard and trumpet. It has a sultry kind of rhythm.

Drunk Joyful Blues is another highlight of the release, a bombastic track and one of the few to feature vocals - who only sing the titular refrain against a, well, joyful vibe.

You can stream or buy it at the link above.