Canadian comedy icon Colin Mochrie stars in this frothy, yet still likeable new movie about summer camp circa 1990. The premise: a previously separated summer camp goes co-ed for the first time, and the boys really don't like it. 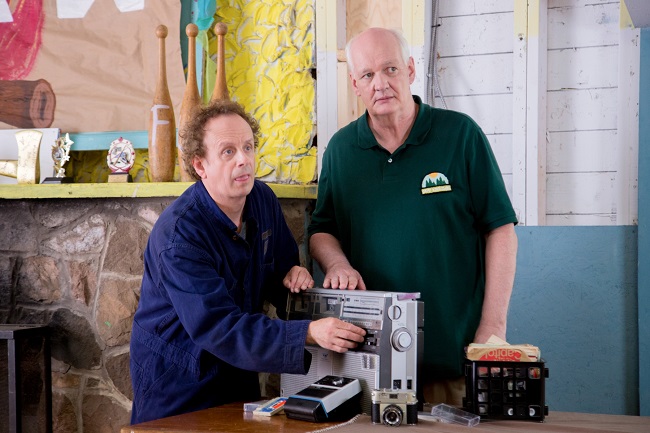 At Camp Kindlewood, in years previous apparently, the boys got one month to themselves, and the girls took August for their own. The boys love the idea of being able to pee anywhere and otherwise do what they like with no regard for what the other half thinks, and conflict ensues.

Yes, it's a decidedly binary outlook on life, although they do acknowledge the existence of at least "mildly homoerotic" camp traditions from the unisex days. 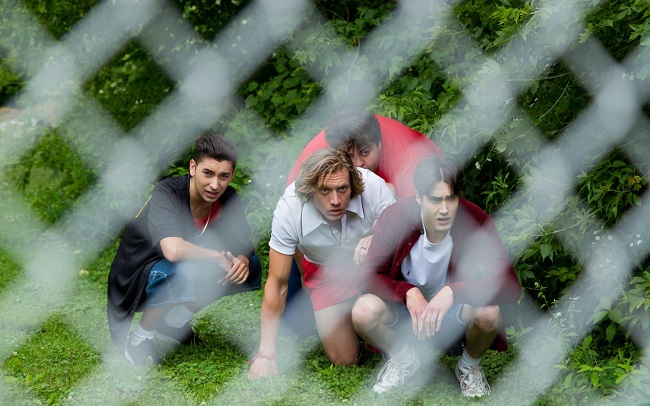 But, just when there's a tentative meeting between the cutest boy and the cutest girl (arguably) and you think the story is headed for the usual misunderstanding/coming together/romance route, clever writing slyly send the plot veering in a different direction.  It's not a saccharine sweet teen rom-com about just getting along by any means - the two factions go after the jugular when it comes to competing for dominance at Camp Kindlewood. 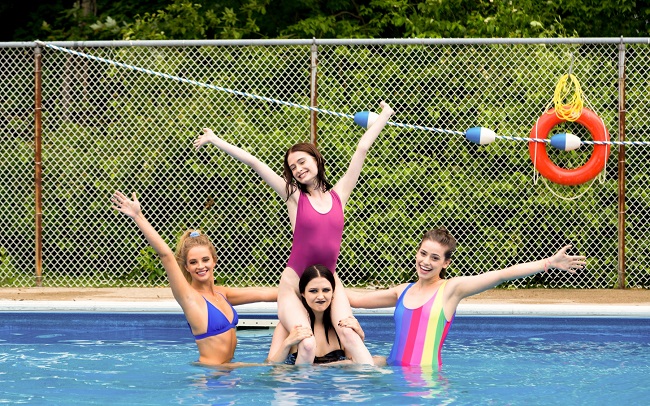 Aside from the physical comedy and the usual scenes in the dining hall and such, the writers are astute about teens. It's the fat kid who loves the no-girls idea the most, because he can only shine among the guys-only crowd. Along with engaging leads, it's the script that elevates Boys vs Girls above the usual formulaic teen comedy fare. A catchy 90s syth-pop soundtrack adds to its appeal.

One more quibble: why are Canadian flicks so white? But, on the plus side: there's a mildly anti-corporate message in the mix, along with a subversion of the usual gender politics.

Will the two factions be able to get together to save the camp? And - the all-important question in any teen flick - who will get laid? Tune in and find out.