A Life In Theatre: All the Rage (A Partial Memoir in Two Acts and a Prologue) by Brad Fraser

A Life In Theatre:
All the Rage
A Partial Memoir in Two Acts and a Prologue
by Brad Fraser

BRAD FRASER is one of Canada's best known playwrights.

Brad Fraser suffered an impoverished and abusive childhood, living with his teenage parents in motel rooms and shacks on the side of the highway in Alberta and Northern British Columbia. He grew to be one of the most celebrated, and controversial, Canadian playwrights, his work produced to acclaim all over the world. 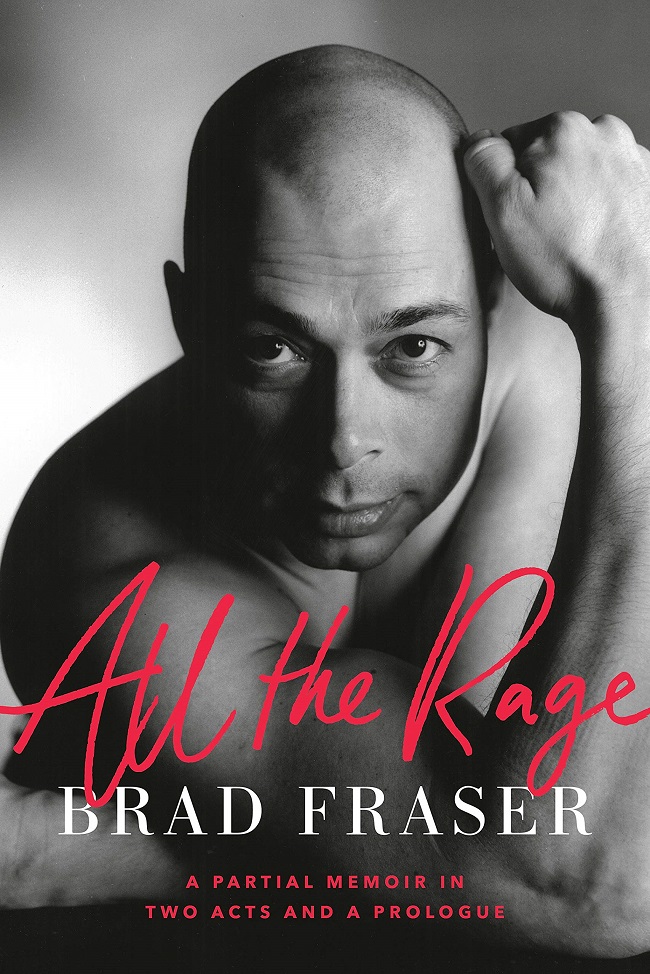 Born in Edmonton, Alberta, in 1959, Brad won his first playwriting competition at the age of seventeen, and has been writing ever since. Brad's international hit play Unidentified Human Remains and the True Nature of Love premiered at the Alberta Theatre Projects' PlayRites Festival in 1989. It has since been produced worldwide, in many languages, with highly successful runs in Toronto, New York, Chicago, Milan, Sydney and London.
Poor Super Man, developed by Canadian Stage, was first produced by the Ensemble Theatre of Cincinnati in 1994 and has enjoyed successful runs in many cities, including Toronto, London, Sydney, Edinburgh and Denver. It was nominated for a Governor General's Literary Award for Drama and adapted into a feature film, Leaving Metropolis, written and directed by Brad. Poor Super Man, like Unidentified Human Remains, was listed by Time magazine as one of the top ten plays of its year. Many other plays have followed in successful productions.
Brad has also written extensively for magazines and newspapers, including The Globe and Mail and the National Post, and for three seasons was a writer and producer on Showtime's Queer As Folk. All the Rage chronicles Brad Fraser's rise as he breaks with his past and enrolls as a performing arts student. He is pulled into the newly developing Canadian theatre scene, where he shows great promise. But his early career is full of challenges, some of which result from his upbringing and prejudice against his queerness. But just as many challenges arise from his combative personality and willingness to take on the establishment. Few Canadian artists have been as abrasive, notorious and polarizing as Fraser was in his youth.

Woven through this tale of artistic development is his journey as a queer man coming into himself during the most exhilarating period in the Gay Liberation Movement, and the dawn of a global health crisis. What should have been a triumphant time in a young, successful playwright's life was tainted with the terrifying emergence of AIDS, and the sickness and death of comrades and lovers.

This is both the story of an artist's evolution and an important work of gay history that has rarely been recounted from a Canadian perspective. Written with Fraser's trademark wit and candour, All the Rage is unsparing, sometimes shocking and always enthralling.