Jangling guitars and harmonica introduce the swingy beat of Vintage Tears. Nancy Westrom's voice is plaintive, with just the right edge for the sad bits, and a sweet high edge for the chorus.

Vintage tears...
I've been storing them up for years.

It has a real flavour of the old West, and a sense of heartbreak, but also release. It's a theme that will run through her next album. 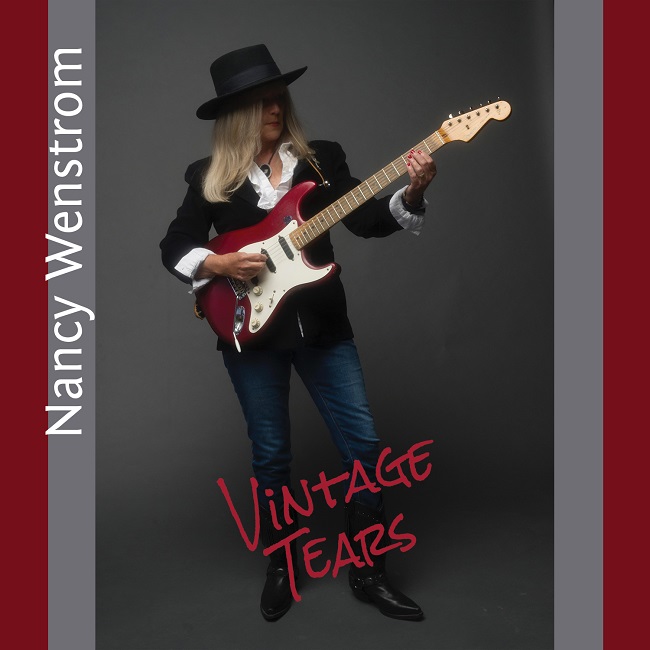 Vocalist, guitarist, and songwriter Nancy Wenstrom was born in Houston Texas, and has been working as a guitarist in the Bay Area for decades. She's been on stage wiht major stars like the Grateful Dead's Bob Weir, Chris Isaac, Grace Slick (American Bandstand), Big Brother and the Holding Company, Norton Buffalo, Maria Muldaur, Mark Hummel, and has opened for Huey Lewis, Joe Cocker and Elvin Bishop.

In her own words:

"My newest release, Vintage Tears, was inspired when texting with a friend about his situation with a woman who cared more for him than he did for her. We came up with the lyric idea of a storm that starts brewing when one has the realization that a love affair isn't going to work out. The song is about the moment one faces these fears, and then the acceptance signified by the release of tears that have been stored up a long time."

The song is the first single from an upcoming album of 10 tracks to be titled Inside Story. all of the songs share a thread of letting go, with rock and blues influences musically.

The song and album were recorded just before and during the 2020 pandemic at San Francisco's Studio on the Hill with engineer/co-producer Joel Jaffe (Huey Lewis, Sheryl Crow, Bonnie Raitt, Maria Muldaur, Ringo Starr).