In This Place is an album and a mood - one that is closely linked to Thorin's travels. Over the last 8 years or so, he's bicycled and canoed over 15,000 km across North America - acoustic guitar in tow.

The title track is a nice showcase for his polished vocals, with a hypnotic beat. His rich voice and a rhythmic take on folk takes the traditional genre into pop ballad crossover territory in tracks like Open Sky.

Violin, keyboards, and backing vocals add texture to the sound in Ice Age, a meditative track. Tonight is a standout track with an earworm groove and lovely harmony vocals.

He's an interesting songwriter with imagination. Game Plan has a jazzy edge, while Still Here is an atmospheric instrumental chorale.

Thorin comments in a media release. "It's written from personal experiences and inspired by people and places I've spent time connecting and communing with. It's easy for us to get disconnected in this world, and I hope these songs can be a source of authenticity and warmth where people can draw upon them and know they aren't alone." 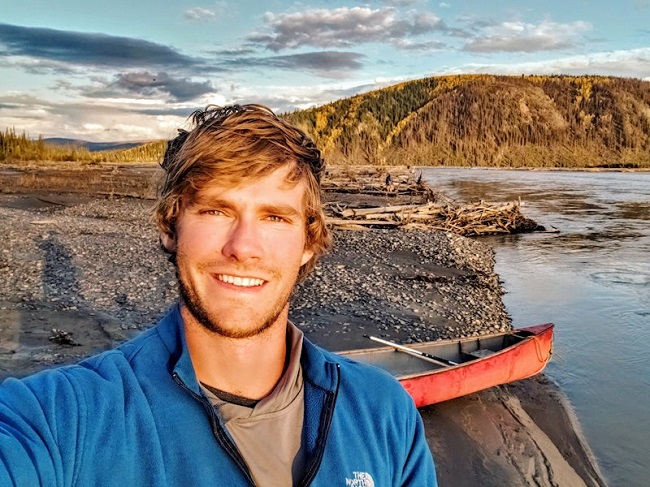 In the summer/fall of 2017, Thorin bicycled 4,300 km from his hometown of Whitehorse, Yukon to San Francisco, USA on a tour for his sophomore album, Shine Through The Dark.

In the fall of 2020, Thor embarked on another 600 km canoe journey down the Kluane, Donjek, White, and Yukon Rivers in the Yukon Territory to Dawson City - a wilderness trip that he says helped him reconnect with his roots right before starting work on the new album. Some of the visuals captured were used on an upcoming music video for the title track of his new album.

Strong vocals and a sense of invention keep things interesting on this atmospheric release.