Jazz meets global grooves somewhere in the streets of Mexico City with an activist heart in this release by Afro Yaqui.

The first track Nonantzin has a heavy jazz groove lit up by keyboards and sax. The quirky soprano vocals deliver a captivating style that is neither traditional jazz nor classical - sung in Aztec, and all of it to a danceable beat. 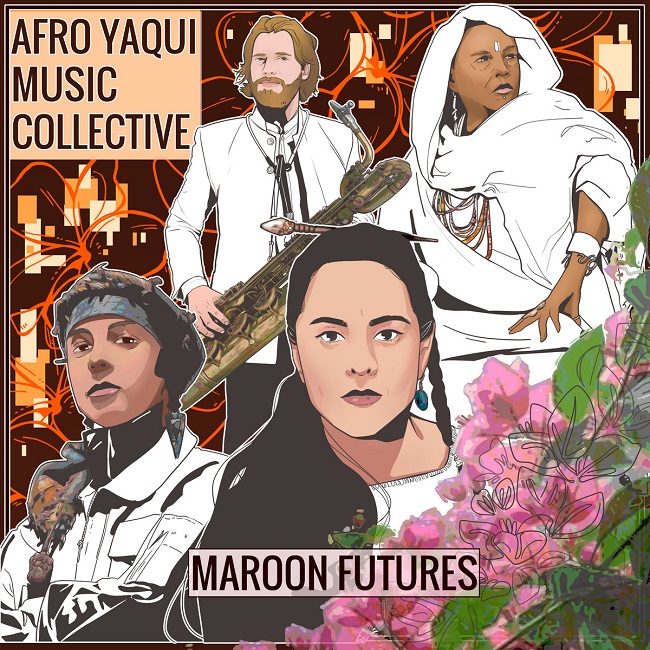 Strings lead to a spoken word mash-up in Sister Soul, the second track, with a hypnotic bari sax solo in a song dedicated to women-led social and environmental movements.

La Cigarra - cicada - is a metaphor for political prisoners who have been struggling and will be freed. It's the one track with a more traditional song structure and sound. In contrast, Ya Habibi is jazzy hip-hop, an original composition based on the song by legendary Egyptian singer-songwriter Umm Kulthum.

We Refuse To Be Used And Abused is a composition by baritone saxophonist Fred Ho, a major inspiration for Yaqui founding member Ban Barson. The piece showcases the instrument's power and range above a hyperactive rhythm section. It cycles in and out of spooky and melodic moods in the longest track on the release at just over 10 minutes.

Insurrealista is appropriately avant-garde in mood, with operatic vocal riffs and plucked strings, with a mesmerizing sax melody.

Instrumentation is rich and varied on the release, including the prominent bari sax of founder and composer Ben Barson, tenor and also tax, and Chinese traditions instruments the pipa and zheng, and the erhu, along with the usual keyboards/bass/drums to round it out. Along with two vocalists, Nejma Nefertiti acts as emcee, and wrote/co-wrote the lyrics for the original tracks.

The liner notes talk about the message. "Afro Yaqui Music Collective came together in response to the rapidly changing political climate, in which working immigrant communities have become under attack, and climate change has threatened peoples across the world. As part of the band’s mission, their work develops dialogue with activists across the world. They have performed and worked with social movement leaders in Iraqi Kurdistan, Mayan and Yaqui communities in Mexico, and Tanzania." 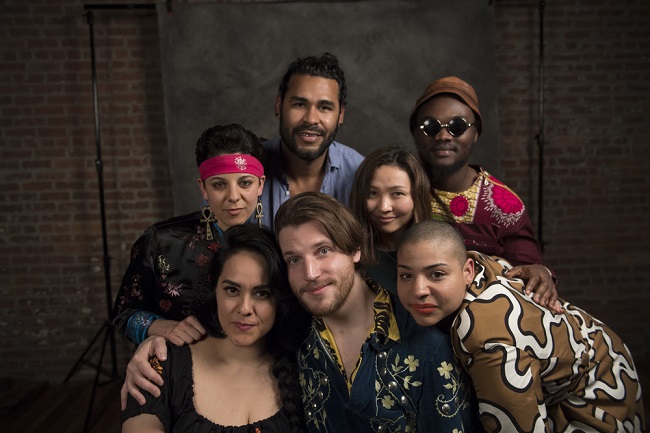 Frontwoman Gizelxanath Rodriguez is influenced by her experience growing up in two cultures (Mexican and American) and her ancestry as an Indigenous Yaqui woman.

Music with a message doesn't work unless the music is stellar. Afro Yaqui bring the joy of diverse musical traditions and superb musicianship to light up stories and ideas that need to be told.