At once spacey and emotional, innovative and familiar, Nadjiwan's Star Nation is musically dense and emotionally accessible.

Musically, it's a nice ride through a variety of grooves and moods. Just when you think you're into a steady groove, the mood switches, and the song takes a different turn. He keeps it interesting on a harmonic and melodic level, adding layers of electronics in a seamless blend of acoustic/organic and electronic sounds.

Vocals take different forms, from a growling baritone to airy harmonies, and the vocal patterns of Chippewa traditional singing. Each track has something unexpected in the mix, and as a songwriter and producer, Nadjiwan has a nice ear for layering rhythms and sounds. Ghosts We Leave Behind is a standout track, a hauntingly beautiful elegy to loss.

Nadjiwan grew up as part of the Chippewas of Nawash Unceded First Nation, and musical as well as lyrical influences from that heritage blend seamlessly into rock and jazz idioms.

The result is a unique take on modern rock.

“I’m not sure if blending the traditional and the modern is entirely a conscious decision when it comes to my writing. I just let out whatever suits the song or the narrative I’m trying to convey. Music has always been synonymous with Indigenous culture and I think traditional elements will always find a way into the storytelling,” he says.

“I find it hard to look at them as separate entities; Indigenous people have been telling stories and sharing information through song for generations. I’m just continuing it in a modern context with the modern tools that have been made available to me.”

Conceptually, the lyrics revolve around the space opera theme. He talks about the idea behind the album in a release.

“Humans have always questioned and wondered about both our purpose and origins in the universe. There are numerous stories in Indigenous cultures of the ‘star people’ visiting us throughout history with the purpose of teaching us a greater understanding of not only the universe, but ourselves. In short, we ultimately come from the stars.” 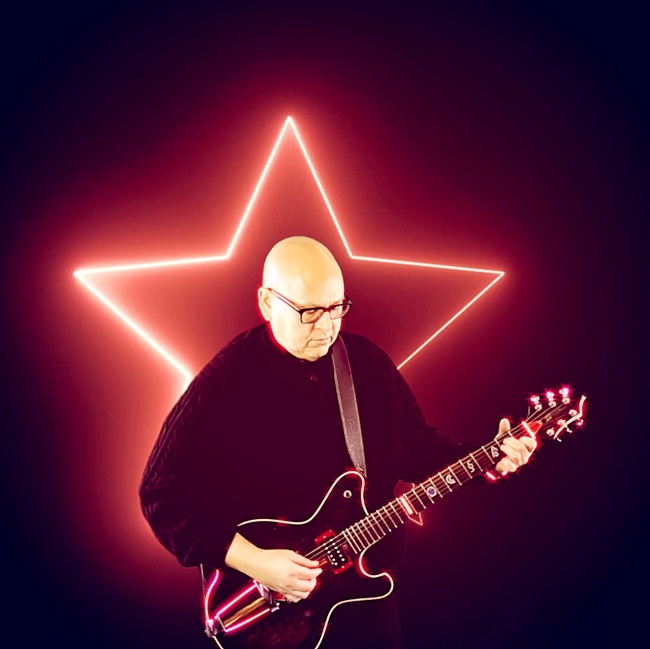 A lifelong fan of sci-fi classics like the work of Ray Bradbury, the celestial theme also tied into his background - and his mother, who unfortunately passed away before the album was released.

“Much of the content and ideas for the songs came from interviewing my mother Hilda Nadjiwan,” he says. “She was a wealth of information, sharing both some traditional stories as well as her own personal experiences. After processing what she had told me, I decided to write a new fictional narrative that focuses on an original story rather than re-telling an old traditional story.”

Production, accomplished in his own studio during the lockdown, is polished and crisp. It's Nadjiwan's tenth release.

Tracks: Into The Abyss Solar Dark Forest Theory The Planets The Ghosts We Leave Behind Last Survivor Around The Sun Star Nation The Path Homecoming