Many compositions are inspired by specific places or spaces. But, has there ever been one before this inspired by the inside of a cistern?

The impetus for Justinian Intonations began as an acoustic test of the tones inside one of several ancient cisterns lurking beneath the streets of Istanbul.

The cisterns in question are centuries old. Carved out beneath the city of Istanbul, they are essentially gigantic underground tanks made of marble and granite, with stone columns that support an arched roof. They were built to store the water filtering in from aqueducts through the area. The recording was made in the so-called Theodosius and Basilica cisterns from the 5th and 6th centuries. Some include carvings that, when the cisterns were in use, would have been underwater. 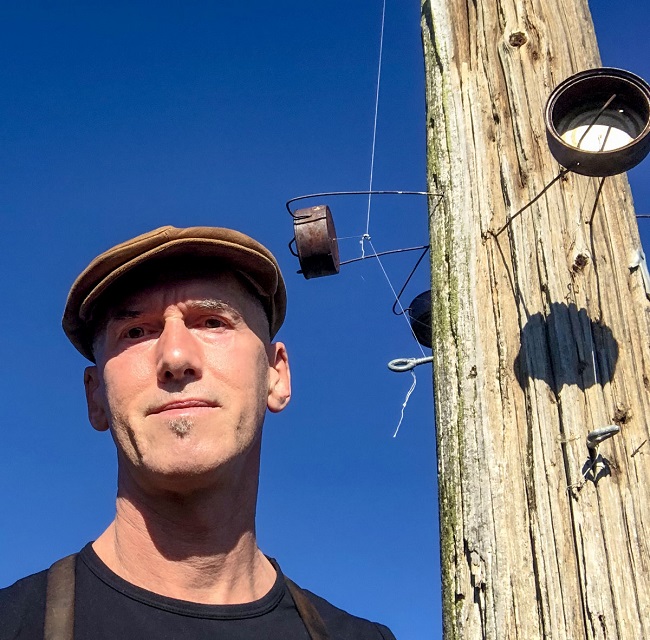 Blackburn analyzed the resonant frequencies, and what he found listening with headphones changed the direction of the project. He wove electric and acoustic sounds, adding vocalist Ryland Angel's voice to the mix, and it becomes a truly unique sonic experience.

Out Beyond: a Call for Non-Judgment (2017), for conch shell chorus and voice, on a text by Persian mystic, Rumi is the first piece on the recording. The piece is fluid and expressive, pushing the edges of expression.

Grammy nominated British counter-tenor Ryland Angel’s has performed with major opera companies throughout the world, along with over 60 recordings. His voice is the emotional heart of the music, where the sounds shimmer, ebb and flow like tides in a dreamscape.

There is drama and tension within the flow, but just like in a river, the flow itself is never interrupted or ended.

Justinian Intonations is a seamless marriage of electroacoustic elements, ideal for meditation, relaxation and mindfulness.