Carey Brianna Hart's performance and monologue brings hot button political issues down to a human perspective in the short film, I Elect: Power Every Four Years. The voting rights protest film was selected to screen as part of the 36th annual Fort Lauderdale International Film Festival, running in-person and digitally November 5 to 21, 2021.

The short film will screen it three times in November for festival audiences at two theatres:

The film I Elect: Power Every Four Years has also won awards nationwide, including "Best Original Story" at the New York Film Awards, "Best Actress in a Leading Role," the 2021 Awareness Festival, the 2021 Whistleblower Summit and Film Festival Awards, the 2021 "Liberation / Social Justice / Protest Award" from The IndieFEST Film Festival, and more.

Filmed during the COVID pandemic to protest against the attempts to suppress voting rights, the one-act, one-woman, theatrical scene is originally from a stage play that has been adapted to film and is 26 minutes long. 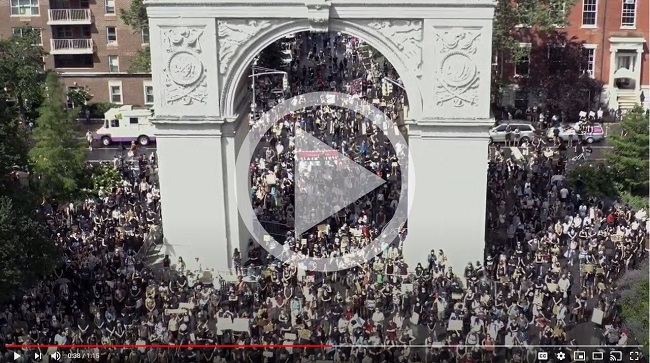 In the grip of the COVID pandemic, just days before the 2020 presidential election when there was so much apprehension in the community, a woman in Miami recalls her shock four years ago on the previous election night of 2016, with renewed feelings of dread about this time around. The recollection of that blistering night as she watched those fateful election results sparks a memory that shatters her nerves ‒ as we witness her working her way through to a revelation of personal power.

Alone now, out of work and losing hope because of COVID-19’s chokehold on America, she struggles to breathe through painful memories in front of the video camera she has set up at home to record her message. As a way out of this downward spiral, she decides to make a video message to her fellow voters. She decides to give testimony to power. The power of voting.

It's an emotional journey into the reality of institutional racism, and the vital importance of voting rights.

"I ELECT: Power Every Four Years" is a one-act, one woman show created and written by Bill Spring. The role of Bella is brilliantly performed by Carey Brianna Hart, who delivers a tour de force monologue. Ricky J. Martinez directed the film version of this project. Produced by Jose Lima. The Director of Photography is Dennise Perez. Location assistance provided by Locust Projects.