Joshua Jackson and his Liquid Media Group may not have had a film at this year's Toronto International Film Festival, but they made their presence known via industry talks — and a great party at the Windsor Arms Hotel to cap off TIFF's opening weekend.

The invited lined up for up to an hour outside the upscale boutique hotel just off Bloor Street West for COVID protocols - double vaxxing required to enter.

Inside, it was champagne, an open bar, and a steady stream of hors d'oeuvres, along with a DJ, although the crowd of about 200 was spaced apart in little groups rather than pressed together on a sweaty dance floor, as the times would dictate. 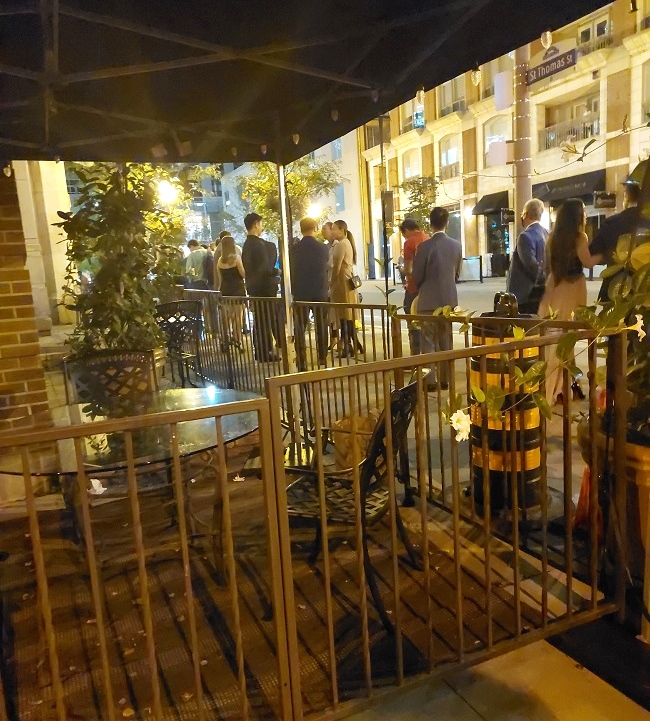 Elsewhere, this year's Toronto International Film Festival was a contact-less, subdued affair, and necessarily so. There were no crowds on the street, no bustling festival atmosphere. Most industry delegates, according to reports, chose to attend digitally, leaving only us few journo types and film lovers, of course. 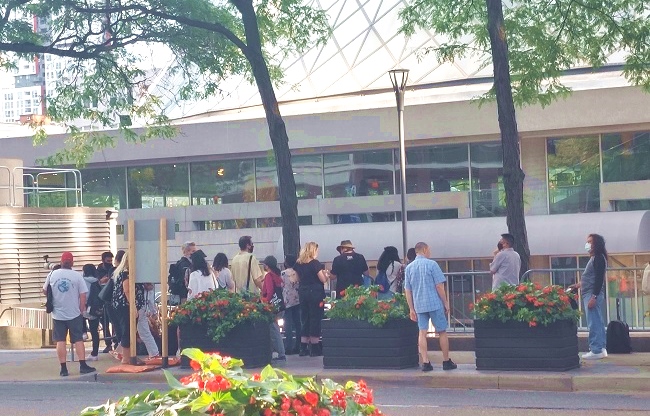 The only group I saw (that you couldn't even call a crowd) was waiting for Jessica Chastain after the premiere of The Eyes of Tammy Faye at the back of Roy Thomson Hall.

What is Liquid Media Group?

In addition to the party/showcase at the  46th edition of TIFF, Liquid’s Chairman Joshua Jackson (Dr. Death, Little Fires Everywhere, The Affair) and CEO Ronald Thomson were among the festival's roster of industry speakers, giving talks on topics from streaming to financing and social media.
Liquid works with independent producers and others to help finance, package, deliver, and find ways to monetize indie media projects. The company is based in Vancouver, and is publicly traded on Nasdaq (YVR). Canadian Joshua Jackson is Co-Founder, Chairman and Independent Director.

This year, the company has pursued a fairly aggressive strategy of acquisitions, including dotstudioPRO, a technology, consulting and video distribution company, iNDIEFLIX, Filmocracy and iGEMStv.

They can also work in partnership with indie companies to produce and distribute content, including film, TV, gaming and VR. The key is a network of shared services that gives creators and producers control over their projects beyond just getting it on a screen. That includes elements like marketing analytics, and access to pro distribution platforms.

As Jackson has noted in recent interviews, it's that last piece of the puzzle - distribution - where indie films often fail, and even when they are screened, the filmmaker has often lost control over the process at that point.

Judging by the effort that is going into their recent push, we can expect to hear much more from Liquid coming down the pipe.