Richard Höglund’s new series of paintings for the exhibition Minyades are dark excavations that come through to the other side of the pandemic.

“Richard Höglund’s new paintings have a lot to tell you right now,” says Jill Silverman van Coenegrachts, the renowned art writer, gallerist, and curator. She wrote Looking for Order: Painting After Covid, a powerful new essay in the catalogue for the gallery show.

"Reminding us that painting can still take us to uncharted, uncomfortable territories. Here is the radical zone of Höglund’s mid-career finally appearing, here is the type of paintings you can sink your teeth into," she writes.

Pictured above and below: detail images of the new painting Bacchanale I, by Richard Höglund (2021). Oil on linen. 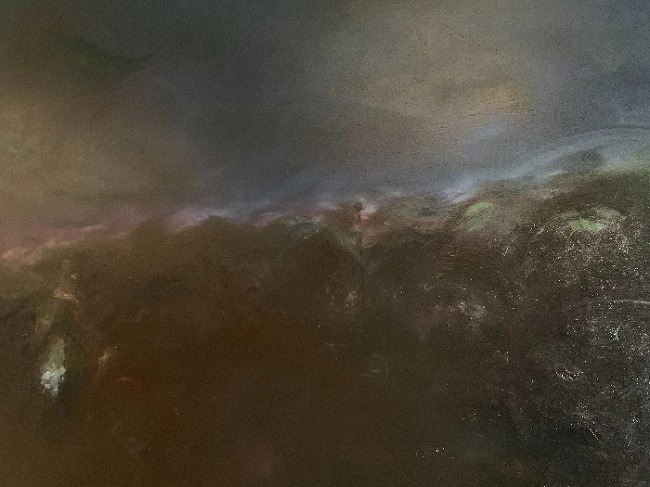 Debuting at The Bonnier Gallery during Miami Art Week, the show is entitled Minyades, opens Dec. 2 through Feb. 28, and is curated by Grant Bonnier.

This story-rich show took a year for Bonnier and Höglund to painstakingly conceptualize together. The result is raising the bar for the eagerly anticipated return of Art Basel to Miami.

The American artist Richard Höglund (originally from New York), created this series in France while the world was on lockdown.

He painted during dark nights of the soul in a converted tractor garage in the French countryside, where he cloistered his young family away from urban density during the pandemic.

The narrative of this exhibition begins with Carl Andre’s rarely seen 1990 sculpture entitled Pyramus and Thisbe.

Named after Ovid’s tragic tale, in the United States this sculpture has only been previously exhibited to the public once in New York, and once in Los Angeles. This is the first time this sculpture has been shown in the southeast.

“Carl Andre has always had a singular ability to synthesize poetry into sculpture, and the work itself is a particular favorite work of mine,” says gallerist Grant Bonnier.

The Daughters of King Minyas refused to participate in the sacrificial Bacchanalian rituals of the cult of Dionysus. In the myth’s ending, their isolation did not save them from the outside world. They were ultimately turned into bats, shrieking into the night.

“While Höglund is recognized as a steward of the historic work by great artists, he is certainly not derivative. All of Richard Höglund’s work is distinctly him, completely his own. Audiences detect this. They feel it, they know when work is authentic,” says Grant Bonnier.

The densely layered surfaces of these new works radiate an aura of primordial other-worldliness, meticulously underscored in silverpoint. These may actually be some of the largest silverpoint drawings ever made.

“The difficulties of taking the traditionally intimate medium of silverpoint, and using it to make such large paintings, led me to explore many other different materials in the pursuit of ideal surfaces,” says Höglund.

The artist created his own paints and grounds for these new works, using centuries-old recipes he discovered from a 15th century book by Cennini about this ancient alchemy of colors, including: concoctions of cinnabar which the ancient Romans used to tint their sails, Dragon’s Blood (a pigment that “could never bring you honor”), dark indigo, and Lapis Lazuli, among other pigments which he infused into these new paintings.

Throughout the long months of the pandemic, as the curator and the artist conjured up this exhibition via phone and on Zoom calls, they were struck by how these classic myths ring true during our present cycle of time.

“We can’t escape our condition, can we? A good painting, however, is a vessel for private, future thought,” says Richard Höglund.

“There is good in the universal and eternal qualities of art. Art is by definition not nature, but it is the epitome of human nature. Poetry has a great rapport with what I want painting to do. But painting is not like language. That’s the great advantage of painting ─ by distilling you get something potent. This elixir brings you closer to God,” says Richard Höglund.

The Bonnier Gallery will also exhibit at the Art Miami satellite fair (Nov. 30 ─ Dec. 5) with a principal focus on minimalist and conceptual works that engage with language. 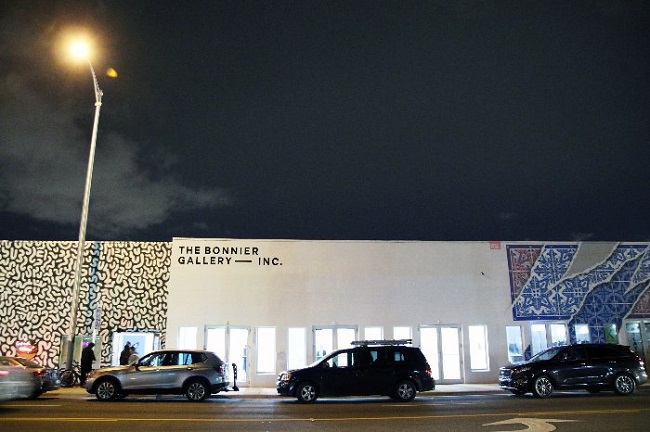 In addition to the exhibition catalogue, the Gallery will also publish a limited edition of 17 boxed sets for this exhibition.

They were printed exclusively in Paris by Les Ateliers Moret, one of the longest functioning etching studios in Paris. Each will feature five copper plate etchings by Höglund, representing the five new paintings in this gallery show.

Each boxed edition will be unbound, allowing buyers to frame and hang these rare prints.