"My interest in electronic music never waned after the sound of a Moog synthesizer at a music store triggered an earlier childhood hallucinogenic memory I first experienced during a dental procedure."

New York-based electronic music wizard Chris Ianuzzi takes experimentation into the realm of his music videos as well as his music. He incorporates AI tech (including a CLIP-Guided-Diffusion notebook called Disco Diffusion) into his new music video (below), created by Ethem Serkan Sökmen and İlke Köse.

Rooted in genres like IDM, industrial, ambient, glitch and techno, Ianuzzi likes to take things in unexpected directions. Upbeat, danceable, trancey and spacey - the music is all that and more, often at the same time. Hunger has a sense of urgency (appropriately), augmented by a mesmerizing combination of glitch and rhythm.

March of Madness adds sampled opera vocals and a bouncy beat, cartoony voices and lyrics that flow like a trippy story. Moods veer abruptly from bizarre to sinister to ethereal. In Saturday Night Confession, he gets close to a standard song structure, then veers away into a blitz of bubbly electronic sounds and odd harmonies.

"Though I have become a bit more grounded since my childhood psychedelic musical awakening, my creativity remains a driving force. Using classic analog synthesizers in conjunction with the most current digital technologies, my goal is to create immersive performances." 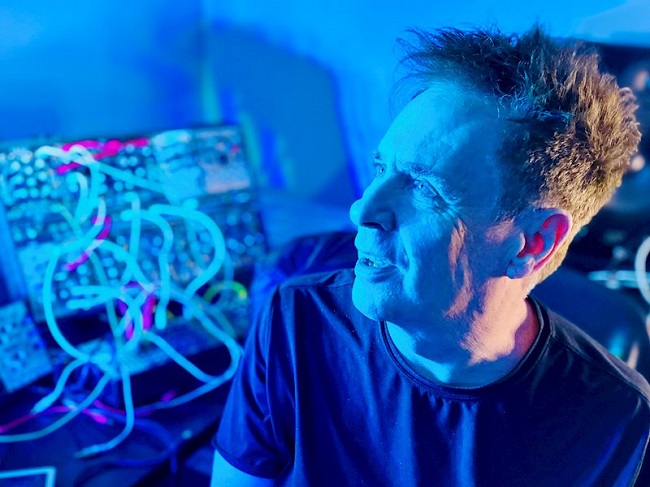 "Maze set to be one of those albums that pushes the electronic music universe to expand just a bit more; On Maze, the ambient sound design and general woo feel are still there, but they take a backseat to more organized noise elements and post punk-style vocals."

All the electronic experimentation amounts to multiple shades of expression. In Infinite Prize, the mood is minimal, semi-melodic, and melancholy. Shuttles, in contrast, is bouncy and arithmetic. Lonesome Highway Superstar is like a rock song that's gone off the rails, with a splash of Middle Eastern rhythms here and there, and a visceral beat that creeps into the mix.

Fans of any kind of electronic music will enjoy Ianuzzi's sure hand as he plays with the genre's infinite possibilities.