Lullaby for Guli is the latest single to be drawn from Mohamed Assani's 2020 release Wayfinder. It's a musical ode to mothers everywhere.

Throughout the whole album, Mohamed draws from all his influences, both Western and Eastern, to create evocative musical journies. You'll hear elements from a cornocupeia of styles, including Indian/Pakistani Classical, Middle Eastern, jazz, funk, Western Classical, ambient, and electronic music.

Awakening, the first track, leans heavily into Middle Eastern and Pakistani elements, while Serendipity blends those threads into a hypnotic electronic dance rhythm. It's a kind of fusion music with a real sense of freshness and imagination.

The new single is called Lulla by for Guli. “Often a child’s first experience of music is in the form of a lullaby sung to them by their mothers. This was definitely the case for me - my mother sang me lullabies and told me wonderful stories - stories that shaped me and how I viewed the world,” he says in a release.

The track is melodic, with a lush sense of arrangement, and interesting instrumentation over an insistent rhythm that develops over the course of the song. Produced by Juno and Emmy nominated producer Adham Shaikh, the recording captures all the layers and nuance of the music. 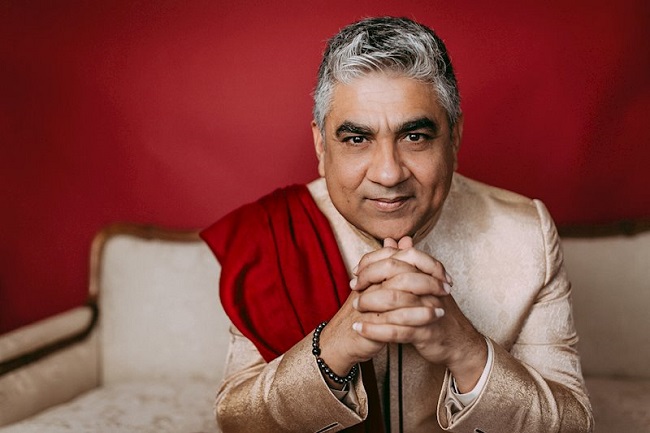 Based nowadays in Vancouver, British Columbia, Mohamed Assani’s musical journey began at Dartington College of Arts in England, where he earned a degree in Western Classical and World music. He studied sitar with a master in the traditional way, and became a senior disciple of Ustad Ashraf Sharif Khan of the Poonch Gharana .

Career highlights include co-writing a sitar concerto that was performed by the Vancouver Symphony Orchestra, performing for his Royal Highness the Aga Khan, and being invited to teach at London's prestigious Royal Academy of Music.