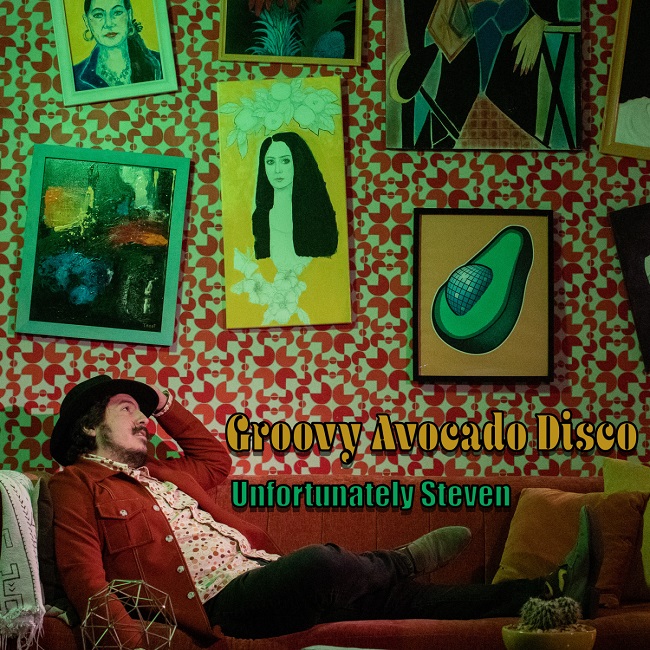 The album includes songs written and recorded between 2016 and 2020 in response to multi-instrumentalist and lead vocalist Steven RamirezGroovy Avocado Disco, is an acronym for Generalized Anxiety Disorder.

"The concept of the album is a full therapy session from start to finish. From walking into the session a human balloon filled with crippling anxiety and depression, to leaving deflated and ready to take on the week," Steven says in a release.

That journey takes him through breakdowns and therapies, including the medications that eventually helped.

"The medication makes it tolerable to live and no longer feel bad, but the unfortunate side is that I no longer feel good. I don’t feel depressed (yay) but I’m also not happy. The album  demonstrates that awkward middle ground where I have nothing left, but all of the nothing I have is for the listener. The reality for me is that there isn’t really a happy ending or any ending for that matter. This is a reminder that it takes continuous work and effort to fix your mind."

But, what's it like musically, you're wondering? He's assembled a veritable crew of musical collaborators for a rich instrumentation (see personnel list below). The result is groovy, dancey music...that fades into the opening of  a therapy session...that fades into a song about his state of mind that, musically, is a kind of cross between keyboard ballad and Beatle-esque melody with a dash of Klezmer.

The album is meant to be heard with the tracks in order, as they tell a story. While the music is polished, and slips easily in and out of genres, the lyrics are unfiltered - titles like People Are Stupid and The Art Of Failure tell it all. The songs are interspersed with snippets of his therapy sessions, each less than a minute in length.

He lists his influences as the Beach Boys, and his melodic take on pop reflects that. He's got a nice sense of songwriting that results in a range of moods and modes, and a story that comes through in the lyrics. His clear tenor has a ring of sincerity that fleshes out the story. 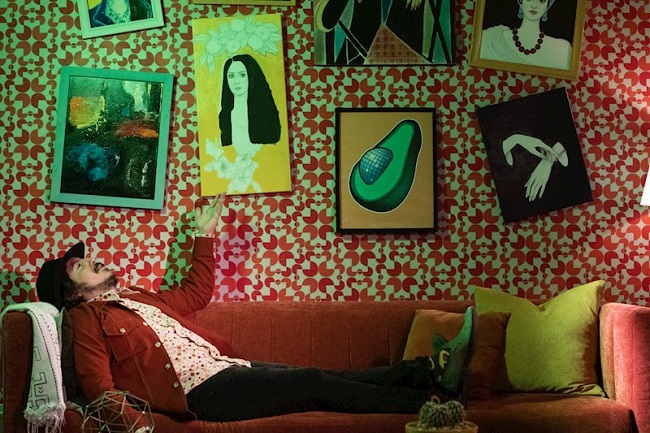 "As a society, we tend to shy away from dark thoughts or depressed feelings but they are simply a part of the human condition. Everyone deals with struggles and people who say they don’t are living in denial. My goal for this album is to establish the harsh realities of mental illness, and what it’s truly like in the mind of an anxiously depressed individual," he says.

Peace of Shit is both an amusing title and a standout track, an appropriately punk expression of the sentiment. Help Me Randall is another interesting track, with a spooky jazz kind of feel. Without listening to the words, you'd be forgiven for just bopping along.

Groovy Avocado Disco is quite a ride through lush multi-genre pop that tells a gritty and realistic story about mental health.

The music video for Live's Too Expensive For Me was filmed during the pandemic quarantine, using materials made entirely out of cardboard - including a life-sized piano.