Amanda Brugel (The Handmaid’s Tale), Raymond Cham Jr. (The Big Leap), and Scott Thompson (The Kids in the Hall) join the series this season

The highly anticipated second season will make its world premiere in Canada on CBC and CBC Gem, and in the US on HBO Max, in Fall 2022

Coming on the heels of winning a Peabody and receiving the Banff Rockie Award for Program of the Year, Sphere Media today revealed Season 2 casting and production details for the critically acclaimed CBC and HBO Max original comedy SORT OF.

The series is created by Bilal Baig and Fab Filippo, who also serve as co-showrunners and executive producers. Since its debut, SORT OF has made its way into the hearts of viewers from around the world, with many lives having been positively impacted by its approach to queerness and the universal experience of transition.

Season 2 will consist of eight half-hour episodes and is set and filmed in Toronto. Produced by Sphere Media (formerly Sienna Films), Season 2 will make its world premiere in Canada on CBC and the free CBC Gem streaming service, and in the USA on HBO Max, in Fall 2022. Season 1 of SORT OF is currently available to stream in Canada on CBC Gem, and in the USA on HBO Max.

The second season of SORT OF is the season of love. Loving your friends, family, work, romantic love and most importantly, self-love. Sabi decides not only are they ready for some uncomplicated romance but they also want everyone to love each other. Unfortunately, with their dad's unexpected return from Dubai, the Kaneko-Bauers' struggles as Bessy is released from rehab, and issues at Bar Bük, Sabi is faced with situations and relationships that are anything but simple.

Amanda Brugel (The Handmaid’s Tale) joins the ensemble cast this season as Gaia, artworld doyenne and 7ven’s mother, known to crash 7ven’s world and steal her friends, along with Raymond Cham Jr. (The Big Leap) who is welcomed to the world of SORT OF as Deenzie’s offspring, Wolf. Scott Thompson (The Kids in the Hall) will appear as Bryce, a wealthy investor and potential business partner. Brugel is repped by Parent Management and LINK Entertainment; Cham is repped by Buchwald; Thompson is repped by Glickman Alexander Talent Management.

The breakout dramatic comedy recently won a Peabody in the Entertainment Category at the 82nd Annual Peabody Awards and received the Banff Rockie Award for Program of the Year. These are in addition to the series being recognized by the Academy of Canadian Cinema & Television earlier this year, winning three Canadian Screen Awards for Best Comedy Series, Best Writing, Comedy, and the Members’ Choice Series Ensemble Award.

“Following the unbelievably loving response to our first season, we can’t wait to share the next chapter of Sabi’s journey, and evolution of all our characters, with our audiences,” said Bilal Baig and Fab Filippo, co-creators, co-showrunners, and executive producers.

“Season 2 of SORT OF is the season of love. There is friend love and family love and loving your work and the love of a place and romantic love. So many loves. Sabi is in search of the kind of pure and simple love, but love no matter what form is complicated,” adds Baig.

“SORT OF has resonated strongly with its audience thanks to the honest and relatable stories crafted by Bilal, Fab, the rest of the writers and our standout cast, and we’re thrilled to be able to dig deeper in Season 2,” said Jennifer Kawaja, executive producer, Sphere Media.

SORT OF features Sabi Mehboob (Baig), a fluid millennial who straddles various identities from sexy bartender at a 2SLGBTQ+ bookstore/bar, to the youngest child in a large Pakistani family, to the de facto parent of a downtown Toronto hipster family.

From gender to love to sexuality to family to career, Sabi feels like they’re in transition. SORT OF exposes the labels people once poured themselves into as no longer applicable…to anyone.

A CBC/HBO Max original series, SORT OF is produced with the participation of the Canada Media Fund. Bilal Baig and Fab Filippo are creators, executive producers and co-showrunners and Jennifer Kawaja (The Porter) is executive producer along with Bruno Dubé (Transplant).

SORT OF is distributed worldwide by Sphere Media. Abacus Media Rights handles sales outside the United States and Latin America. 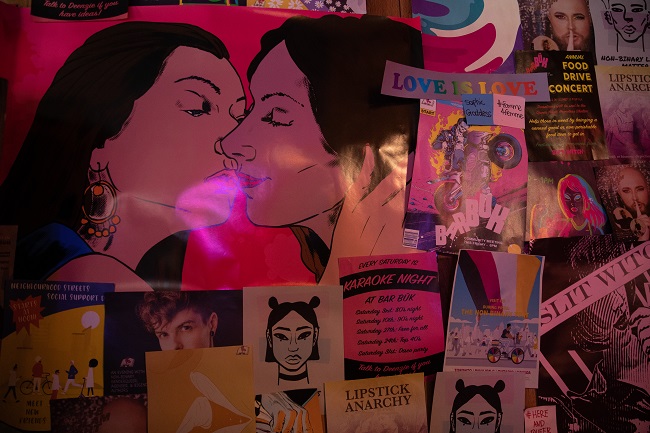 Sienna Films, now operating under the name Sphere Media, is one of Canada’s preeminent scripted content companies, producing film and television internationally since 1992.

In current release is the 1920s period drama The Porter aired to critical acclaim in Canada and about to be released in the U.S.

Its most recent series, Sort Of (CBC-HBO Max), a half-hour dramedy, has been sold around the world and recently won three Canadian Screen Awards, including Best Comedy series. Sort Of was cited by Vanity Fair and The Hollywood Reporter as one of the top TV shows of 2021 and was nominated for a GLAAD Media Award.