All it takes is a room with a laptop and a DAW to make music these days, and Sparky's Magic Piano is proof of the pudding, as they say.

The London-based duo creates melodic indie-pop from their living room with guitars, synths, and a glockenspiel (and a vocal booth made of drain pipes and curtains, reportedly). The result is catchy pop with a vintage influence but thoroughly contemporary sound, anchored by Marion Barlett's breathy soprano.

Hanging For The Bang, the first single from their release Never Twice The Same Colour, has an ethereal kind of feel. Just when you think it's settling into a familiar kind of genre, it veers into something a little different. That's a common thread throughout the release.

The tracks are melodic, with elements of vintage pop - like the Diahann Carroll-esque A Pair of Keys. At least, it starts out like a bright orchestral pop song, but then adds a layer of prog rock. Some of the tracks are quite short, including Tiny Shiny Shoes at 2:20 and NTSC at just 1:42.

Colette is a standout, with a jazzy feel and lovely vocal harmony that fleshes out the melody. Each track has something different to offer. Albie I Know is another highlight of the release, folk-tinged and lit up by vocal harmony.

Oli Barlett's production is smooth and warm, emphasizing the sweet edge of Marion's vocals, and a blend of instrumentation that keeps it interesting. 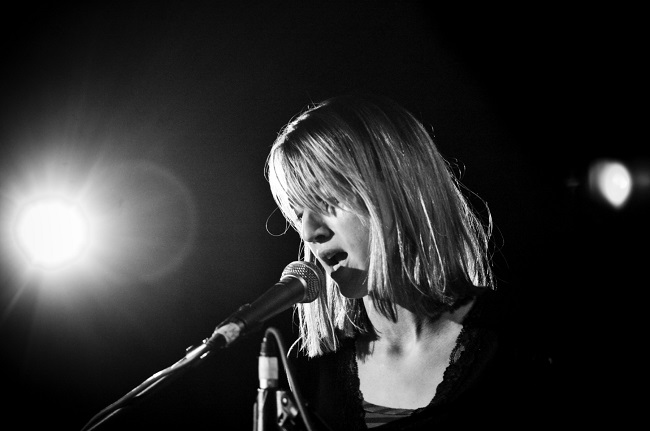 Oli commented on the evolution of the music during the pandemic in a media release.

"This album was inspired by the lives of our friends, our families, even our pets and our fictional friends on TV over the past 3 years. We've written about the emotions and upheaval lockdown put us through, but also about the stories of heartbreak, miss-firing love, and abandonment that were still there during the pandemic, unaffected.

Musically I wanted it to sound as far away from a home recorded/produced album as possible - so this meant replacing the synth bass from our first album with real bass, the 808 with sampled live drums, more live guitar, more live violin, cello and a trumpet for good measure!

The release marks a comeback for the husband and wife duo, who released their first work back in 2007 to indie acclaim. It's a polished effort with a lot of replay appeal.