The late Tilahun Gessesse is often called the Father of Ethiopian music. He and his music became famous during the 1960's and 1970's with danceable polyrhythms that held sway under 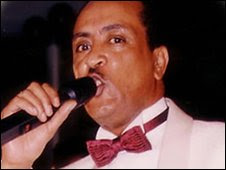 large ensembles with horns, guitars, back up singers, and "The Voice" (as he was dubbed) that layered above it all in Arabic style, sung largely in Amharic and Oromo.

It wasn't only his voice that made him special to his fellow countrymen, however. He sang songs of everyday life, of justice, peace, war, and some of the tumultuous events of his time, including the coup d'état of 1960 and the famines of 1973 and war in 1974. His own personal story intersected with that history at times - he was playing with the Imperial Bodyguard Band in 1960 when the coup occurred, and was imprisoned for a time because of it. His recordings raised large sums of money for famine victims, and cemented his place in the nation's heart.

He passed away April 19, 2009, at the age of 68, and various tributes were organized globally on the anniversay this year, including a special concert at Toronto's Evangadi Restaurant & 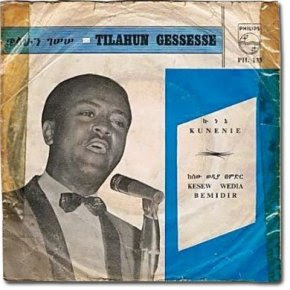 Lounge on April 23. Tilahun's music was played by an all star band of TO musicians, including singer Ermias Assebework - whose nimble voice more than did justice to the music - saxophonist Girma Woldemichael, keyboard player Gezahegn Mamo, bass player Waleed Abdulhamid, Naz Tana on guitar, and drummer Daniel Barnes.

The event was sanctioned by Tilahun's family, and his son-in-law was there to acknowledge the event and read a poem penned by the late singer's daughter (in DC for a similar event). Proceeds, as per the family's wishes, went to People to People Canada, a non profit organization that assists HIV/AIDS orphans in Ethiopia and engages in HIV/AIDS awareness and prevention programs in the Ethiopian-Canadian community. Among other efforts, they have an Orphan Sponsorship programme that allows you to help support a child for $1/day while that child is placed in a good home in Ethiopia.

As a side note, I can't seem to find a website for the club, but if you're into African music and food you might want to check it out - naturally the dance floor was full:

Also coming up in Toronto in quick succession: 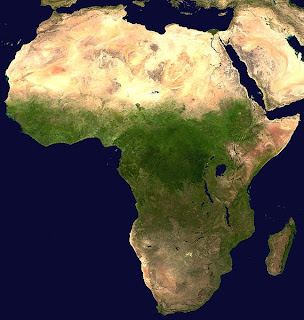 May 6 at Polson Pier - 6:30pm
Amref's African Marketplace Gala
Live African music, authentic African cuisine and auctions with unique treasures in an evening celebrating the theme of mother & child - just before Mother's Day. The proceeds support AMREF (African Medical & Research Foundation) in its mission "to ensure access to good health for the most marginalized and vulnerable people in Africa".

May 7 at the Gladstone Hotel
Same venue, different rooms, so you can probably bop back and forth between these two concerts:

In the Melody Bar:
Zimbabwean folk music with the Tichaona Maredza Quartet - 7 to 10pm
You'll hear acoustic guitar, drums, keyboards, mbira, marima and percussion in a fusion of Zimbabwean contemporary rhythms and afrojazz. Tichaona Maredza has toured North America with Oliver Mtukudzi as an opening act and guest percussionist.

In the Ballroom:
An Evening for Bazou - 8:30pm
100% of the $10/PWYC ticket you buy for this concert will go to supporting repairs to l'Ecole Saint Albert le Grand in Cameroon. Once the repairs are completed, all of the rooms in the much needed school will be usable. Here's a video of the school. and you can see the work that's being done (along with the adorable kids).
Performers include:
Njacko Backo & Kalimba Kalimba
Diana Braithwaite & Chris Whiteley
Muhtadi
Steafan Hannigan & Saski Tomkins
Amara Kanté
Jacques Yams
african music amref ethiopia gladstone hotel tilahun gessesse toronto yinka ayefele zimbabwe