on May 13, 2010
If you get HBO2, you can check out this inspiring documentary, which recently won an Academy Award® for Best Documentary Short. With material from releases and other media documents that were provided to me: 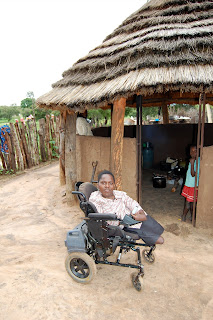 In Zimbabwe, there is a traditional belief that children who are born disabled are a result of witchcraft and, as a result, physically challenged children are often neglected and rejected by their families. This documentary film tells the story of a young woman named Prudence Mabhena, who has a rare congenital disorder called anthrogryposis, and her Afro-fusion band "Liyana"- made up entirely of physically challenged musicians. Abandoned by her parents, she was raised by her maternal grandmother until the age of 7, when she was sent to live with her father and his new wife, where she was belittled and neglected for 2 years.

Her luck changed when she got a scholarship to study at the King George VI School & Centre for Children with Physical Disabilities, where she found acceptance and friendship. She was soon singing and writing her own music, and 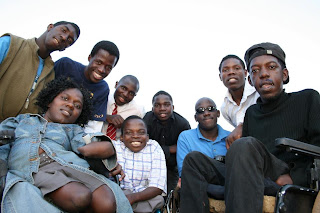 forming Liyana with 7 classmates - Farai Mabhande, Energy Maburutse, Marvelous Mbulo, Honest Mupatse, Tapiwa Nyengera, Goodwell Nzou and Vusani Vuma, all of whom themselves lives with physical disabilities that range from muscular dystrophy to hemophilia. Liyana means "it's raining" in Ndebele.

The documentary lets Prudence tell her story in her own words, with the rest of the band and concert footage too.

The soundtrack was released digitally by Mi5/EMI on May 4, and you can check out and download samples at that link.

Music by Prudence follows this strong and resilient young woman, whose wonderful voice has helped her leave behind the years of rejection and neglect towards a bright and hopeful future in a documentary that is truly inspiring even in a world where we use such superlatives far too often, for far too little.