It's got fencing, a masquerade gala and a pop baroque fusion concert featuring flamboyant soprano Jean Stillwell - the Grand River Baroque Festival has got the goods to get you out of town and ready to enjoy great music in pastoral surroundings. Here's a look at what's on their programme: 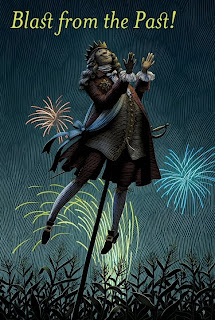 TICKETS    ADULT $85  STUDENT $35
Last year's Masquerade Gala featured so many Baroque inspired costumes that we have decided to do it again. This is your chance to regale yourself in something you would not wear to the office!

TICKETS    ADULT $30  STUDENT $10
Aisslinn Nosky rocked The Four Seasons of Vivaldi last year. This year we are presenting her in a concert combining Vivaldi Summer and Winter with Piazzolla Spring and Autumn. Aisslinn will connect the works with her own improvisations.

TICKETS    ADULT $20  STUDENT $10
Viva BiancaLuna Biffi will visit us to present this program during her summer festival tour. Viva studied at the Schola Cantorum Basiliensis specializing in singing and medieval/renaissance gamba. Fermate il Passo describes a possible story line to the birth of recitative in Italy at the beginning of the XVI century. This one woman show is presented in three acts describing different moments of the day (sunset, night and morning) as metaphors of love's moods: Falling in love, love's torment and the victory of love.

TICKETS $30
Continue your leisurely visit to Ayr and enjoy a hearty homemade meal at Knox United Church before the evening concert at the Buehlow Barn. 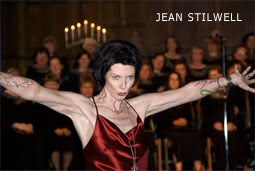 TICKETS    ADULT $30  STUDENT $10
Take some early music, pour in some pop, and what do you get? Pop-Period Fusion! Enjoy the music of today in combination with the aesthetic of the past. Jean Stilwell and Guy Few will join the GRBF soloists to create this musical collage featuring music of Blood Sweat and Tears, Imogen Heap and Coldplay — along with John Dowland and Francois Couperin. Not to be missed!

TICKETS    ADULT $30  STUDENT $10
A picnic lunch accompanied by an afternoon of musical delights, including two world premieres of concerti written for our festival directors, Guy Few and Nadina Mackie Jackson — In Glorium for Trumpet and Strings, and Concerto no.2 for Bassoon and Strings by Canadian composer Glenn Buhr; and a repeat performance of the Double Concerto for Trumpet and Bassoon composed and conducted by Mathieu Lussier (premiered at GRBF in 2006).

Mathieu Lussier will perform the Vivaldi Bassoon Concerto no.5 in d minor. Cristina Zacharias and Julie Baumgartel will "fence" their way through the Sinfonia Concertante for 2 violins in G major, Op. 13 by Joseph de Bologne, the Chevalier de Saint-George. Fencing demonstrations on the lawn during the breaks.