Dr. Peter Simon, President of The Royal Conservatory, and James Anagnoson, Dean of The RoyalConservatory’s Glenn Gould School (The School), are pleased to announce that pre-eminent Canadian

composer R. Murray Schafer has been appointed to the position of Composer-in-Residence at The School.

“I believe that every artist has an obligation to assist the next generation in the advancement of their career,” says Mr. Schafer. “This is why I am especially looking forward to assisting the students at The Royal Conservatory in their approach to new music from a variety of cultures. I also look forward to writing works for these excellent performers.”

In this role, Mr. Schafer will coach many of the performing ensembles of The School, including the Royal Conservatory Orchestra, compose new works for faculty and students of The School, and teach a course in 20th- and 21st-century music for its post-secondary Performance Diploma Program.
“The appointment of R. Murray Schafer will provide tremendous opportunities for students of The Glenn Gould School,” notes Mr. Anagnoson. “Beyond his incredible knowledge and compositional insights, his very presence will inspire students to explore contemporary repertoire, including many of Mr. Schafer's own works, with the knowledge that the composer himself will be able to guide them as they discover each piece.”

Mr. Schafer’s relationship with the Conservatory dates back over 60 years. From 1945-55, he studied harpsichord, music theory, and piano, the latter from legendary teacher Alberto Guerrero. The Conservatory made him an Honorary Fellow in January 2008, and, in September 2009, his piece Spirits of the House premiered at the Grand Opening of Koerner Hall.  His composition Four Forty will be presented in Koerner Hall as part of Scotiabank Nuit Blanche on October 2, 2010. The piece will be performed by the Cecilia String Quartet and the Royal Conservatory Orchestra, under the baton of Uri Mayer.

Born in Sarnia, Ontario, Mr. Schafer has earned a reputation as one of Canada’s finest composers and music educators. He has won national and international acclaim not only for his musical compositions, but also for his work as a dramatist, educator, environmentalist, literary scholar, and visual artist. The diversity of his interests reflects the enormous range of his output: scholarly books, theatre works, multimedia productions, choral 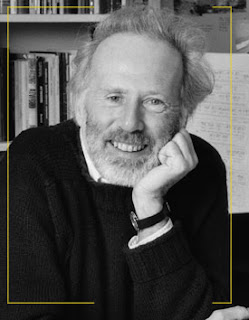 pieces, orchestral compositions for the Toronto, Montreal, and Kyoto Symphonies, a cycle of 11 string quartets, and numerous works for solo voice with both piano and orchestral accompaniment. He pioneered the field of acoustic ecology, which studies the relationship between people and their acoustic environment. He has also won numerous awards for his work, and he holds honorary doctorates from universities in Canada, France, and Argentina.

“We are honoured to welcome such a distinguished cultural ambassador to The Royal Conservatory,” says Dr. Simon. “R. Murray Schafer brings an incredible level of imagination, intellect, and passion to his work, all of which will be tremendous assets as we train the next generation of talented musicians as part of our larger mandate to develop a culture of creativity across Canada.”
acoustic ecology canadian composer classical music r murray schafer royal conservatory of music