on November 02, 2010
From a media release - some cool Scandinavian electonica:

Röyksopp's new album Senior is out on November 9th across North America.
Released through The MuseBox's label MB3 Records 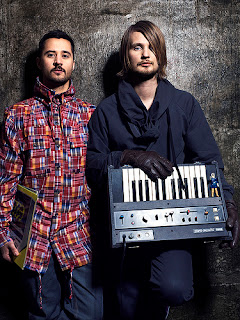 is still burning up finer-attuned ears around the globe, the duo is releasing a companion follow up, Senior, for the big chill-out. The instrumental counterpart was recorded at the same time as Junior and will be released on The MuseBox's new label, MB3 Records.

Two of the coolest cats on the Scandinavian music scene for years now, Svein Berge and Torbjørn Brundtland know how to craft radio-ready hits and dancefloor stompers. Their debut album, Melody A.M

., featured the now classic hits "Remind Me," "Eple" and "Poor Leno." Not only did these tracks spawn a long list of remixes, the singles were also licensed for high profile advertising campaigns with Apple, GEICO and various video games. Prior to forming Röyksopp, Brundtland was also a member of the solidly disco-leaning duo Those Norwegians with Rune Lindbaek. Together, Junior and Senior continue Röyksopp's tradition of blending uptempo tracks with more ambient interludes. The overall effect caused The Guardian to declare Melody A.M. "one of the 1000 Albums to Hear Before You Die." 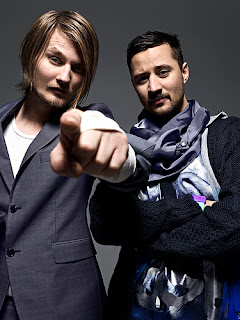 Röyksopp explain: "The two albums (Junior and Senior) have a kinship, in that they represent Röyksopp's two very different artistic expressions. Junior - with emphasis on vocals, accessible melodies and harmonies - has the energy, the inquisitive temper and confident "hey-ho, let's go!" attitude of youth. Whereas Senior is the introverted, dwelling and sometimes graceful counterpart - full to the brim with dark secrets and distorted memories, insisting I'm old, I've got experience.... Senior is furthermore an album about age, horses and being subdued - with devils breathing down your neck."

Here's the official video for The Drug, one of the tracks from the new CD: 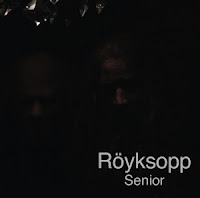