on December 28, 2010
With material from various sources:

"
with music of Scelsi, Radelescu, and Sorabji

Canadian pianist Stephen Clarke has a fondness for new music and Giacinto Scelsi: The Piano Works (No. 4) is his second recording of the eccentric Italian composer's works for keyboard. He'll be launching the 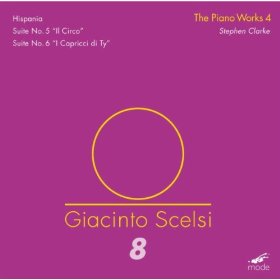 CD with a concert at (le) poisson rouge in New York on January 3.

Giacinto Scelsi (1905 - 1988) was born in southern Italy, near Naples to an aristocratic family on an old country estate. He was mostly self taught as a composer, with little formal training, although he did study with a pupil of Berg in Vienna, and with a follower of Scriabin in Switzerland, influences which can be heard in his earlier works. He is perhaps his best known work is the Quattro Pezzi per Orchestra, each on a single note - the concentration on single notes being a frequent element of his later compositions.

Giacinto was himself a virtuoso pianist and wrote a large body of work for that instrument. Interestingly, he was also a poet and essayist, and was published in French 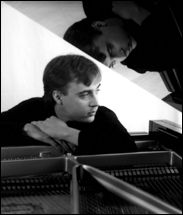 during a stay in Paris between the World Wars. While he was little known as a composer until the mid-1980's, very late in his career, he is now considered one of the important composers of the 20th century. His devotion to Asian philosphies like Buddhism and yoga influenced his later compositions, and he's known for idiosyncracies like the fact he never allowed his picture to be used in conjunction with his music - idiosyncracies that mirrored his highly individualistic "outsider" style. His music was recently heard by millions in Martin Scorsese's Shutter Island, and is currently enjoying a renewed interest, with Mode Records taking the role in recording his oeuvre.

Stephen Clarke has performed in festivals in Europe, Canada and the U.S., among these the Donaueschinger Musiktage and the Berliner Festwochen. He has appeared as a soloist with the Los Angeles 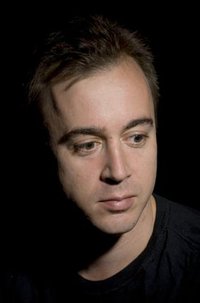 Philharmonic New Music Group, the Toronto Symphony Orchestra, the Orchestra of the S.E.M. Ensemble and the Merce Cunningham Dance Company. He also plays in a duo with violinist Marc Sabat and has worked with a number of ensembles. Recordings include works by Giacinto Scelsi (Mode Records). Mr. Clarke studied composition at the University of Toronto and has written works for various ensembles. His own projects have included Canadian premieres of works by Scelsi, Feldman, Wolpe and Ustvolskaya. Composers who have written for him include Matteo Fargion, Michael Hynes, and Udo Kasemets. Recordings include a solo CD of works by Toronto-based composer Udo Kasemets (hatArt).

For a taste of the CD and concert, this is Giacinto Scelsi's "Action Music" for solo piano, performed by Stephen Clarke.  Stephen Clarke plays Scelsi's Action Music - IX. Con fuoco (the last of 9 short movements). (The visuals are static but the music more than makes up for that.)