Relay, a collaborative choreographic experiment for eight performers and two musicians by Public Recordings will be presented on January 21 & 22 at the Timms Centre for the Arts (87th Ave. & 112th St).

Relay investigates the role of the dancer as an authority of the emerging dance archive by dragging the memories of their past performance experiences back to the future. This unearthing is done with care and 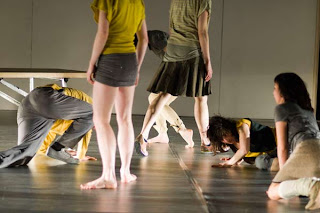 awareness, privileging both the dancer's autonomy of experience and the original artworks evoked to examine and reframe the function of memory and imagination in the persona of the performer performing. Relay also re-imagines unison as a mode of being together, asking if it is both possible and interesting to move together without abandoning individuality. A formal element in dance for as long as people have been dancing, Artistic Director Ame Henderson wants to confront the taboo and pleasure of both watching and making movement in unison, activating unison as an extreme gesture of togetherness to allow for the emergence of sensational difference, connection and participation.

Established in 2003, Public Recordings supports and promotes the works of Ame Henderson and her collaborators. The company has a distinctive style that incorporates ideas and aesthetics from other 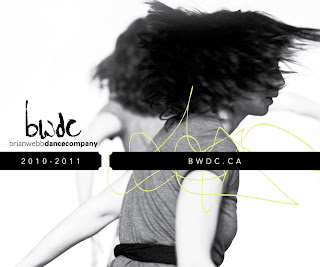 disciplines and questions recognized performance models. Henderson’s work challenges all of our preconceptions and takes us to new territory, to new theatre and most certainly to new dance. Deeply committed to collaborative working structures as both an aesthetic interest and a political responsibility, the company continues to research and promote reciprocal engagement. Public Recordings is recognized as one of Canada's leading avant garde dance companies.